Goodbye to that Pokémon! Recently pokemon company made an announcement, which says that the animated franchise of Pokemon will have a new main series, which will follow the adventures of a new duo of protagonists, named liko Y Roy on the japanese versionwhose premiere has been scheduled for next month of April 2023 in Japan, taking the place currently occupied by the series Pokemon Ultimate Journeys: The Series.

It should be noted that said anime will have in mind sprigatito, fuecoco Y Quaxlyfrom video games Scarlet Pokemon Y pokemon purpleand in the same way we can see the Legendary Pokémon Rayquaza in his way shiny. 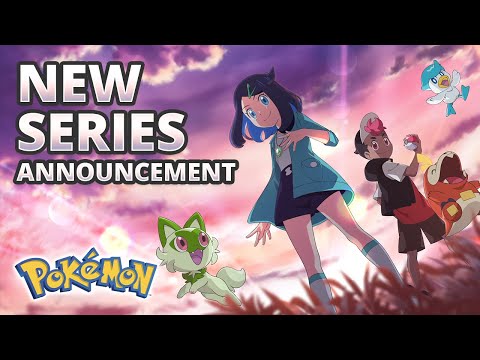 The foregoing gives rise to the fact that after his victory as Pokémon World Champion in the most recent story arc, the story of Ash Ketchum as the protagonist of the animated franchise of Pokemon has come to an end. However, his story within the series is still far from over, therefore, a collection of 11 special episodes to conclude Pokemon Ultimate Journeys: The Series is currently in production.

Thus, said collection, which in Japanese is titled Pocket Monster Mezase Pokémon Master (Aiming to be a Pokémon Master)will celebrate the adventures lived by Ash Ketchum throughout twenty-five seasons, before this the company has declared that these episodes will feature some of the fan-favorite characters such as Misty and Brock, and that They will offer a glimpse of what the future holds in this final chapter for Ash and Pikachu.. These episodes will premiere on Japan the next January 13, 2023.

It should be noted that previously the television tv tokyo issued a statement stating that “Ash Ketchum’s adventures were far from over”, implying that there would be no change of protagonist. However, this new statement gives us to understand that the previous one would have been written “in the short term”.

Finally, it is worth mentioning that a special episode entitled “Pokemon: Harukanaru Aoi Sora (The Distant Blue Sky)”, which will be broadcast next December 23th on the occasion of the twenty-fifth anniversary of the anime franchise. In addition, it should be noted that for this episode we will see the return of the production team from the 1997 series, who will return to give life to the series during a special day for Ash Ketchum and Pikachu.

On a new day in the Kanto region, Professor Yukinari Ookido invites Satoshi to the opening ceremony of Professor Sakuragi’s laboratory in Vermillion City. During the ceremony, Professor Sakuragi receives an alert about a possible rare Pokémon appearing in the port of Vermillion City, prompting Satoshi and the other Trainers to rush to the area in hopes of finding the mysterious Pokémon. At the port, they find Lugia – a Legendary Pokémon – locked in battle with other trainers.

Noticing the other trainers’ tactics, Satoshi has his partner Pikachu hit Lugia with a Lightning attack. Undeterred, Lugia runs away, but not before Satoshi decisively jumps on his back. To Satoshi’s surprise, he runs into another boy, Gou, who has also jumped onto Lugia’s back. The two climb on the back of Lugia, who takes them on a strange adventure across the seas. As he lands them on the ground, Satoshi and Gou say goodbye to Lugia and head back to Sakuragi Institute.

Impressed by Gou’s discoveries and Satoshi’s insight during their encounter, Sakuragi requests that the duo be his new research partner. And so begins the duo’s journey, traveling across multiple regions to meet many new Pokémon, including those with the ability to Gigantamax!