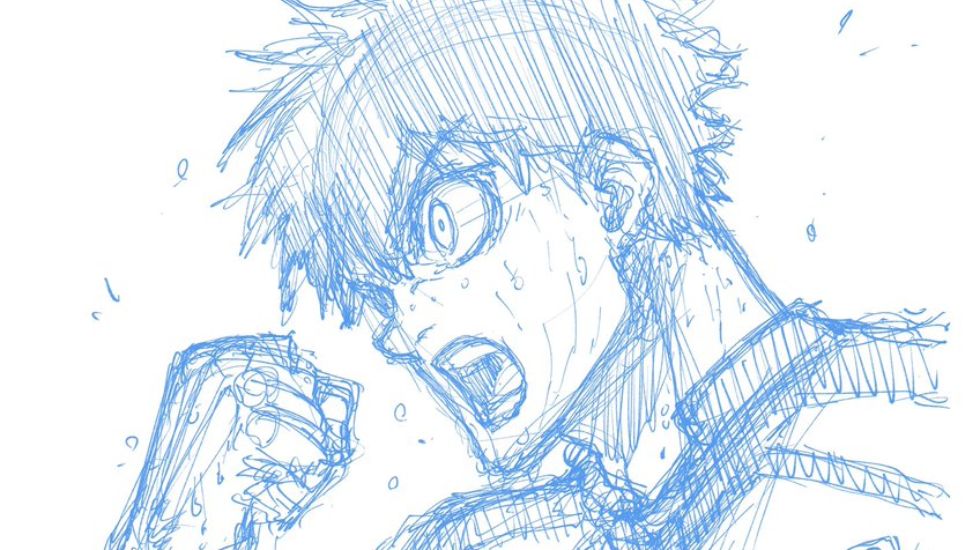 “I didn’t expect Blue Lock to be trending too…! I’m too happy, thank you 🙇,” Nomura tweeted in his account.

Yusuke Nomura along with Tsujimoto had previously collaborated with the Japanese team to reveal a key visual featuring the manga characters wearing the national team jersey.

The trademark blue color jersey is simple and plain, with an origami motif.

Nomura had previously said that he would be very happy “if many people become interested in soccer through Blue Lock, and I hope that this project will serve as an entry point for people to become familiar with the sport,”

Blue Lock is a Japanese manga series written by Muneyuki Kaneshiro and illustrated by Yusuke Nomura. It has been serialized in Kodansha’s Weekly Shōnen Magazine since August 2018, with the chapters collected in 21 tankobon volumes as of October 2022.

Blue Lock won the 45th Kodansha Manga Award in the shonen category in 2021. As of August 2022, the manga had over 10 million copies in circulation.