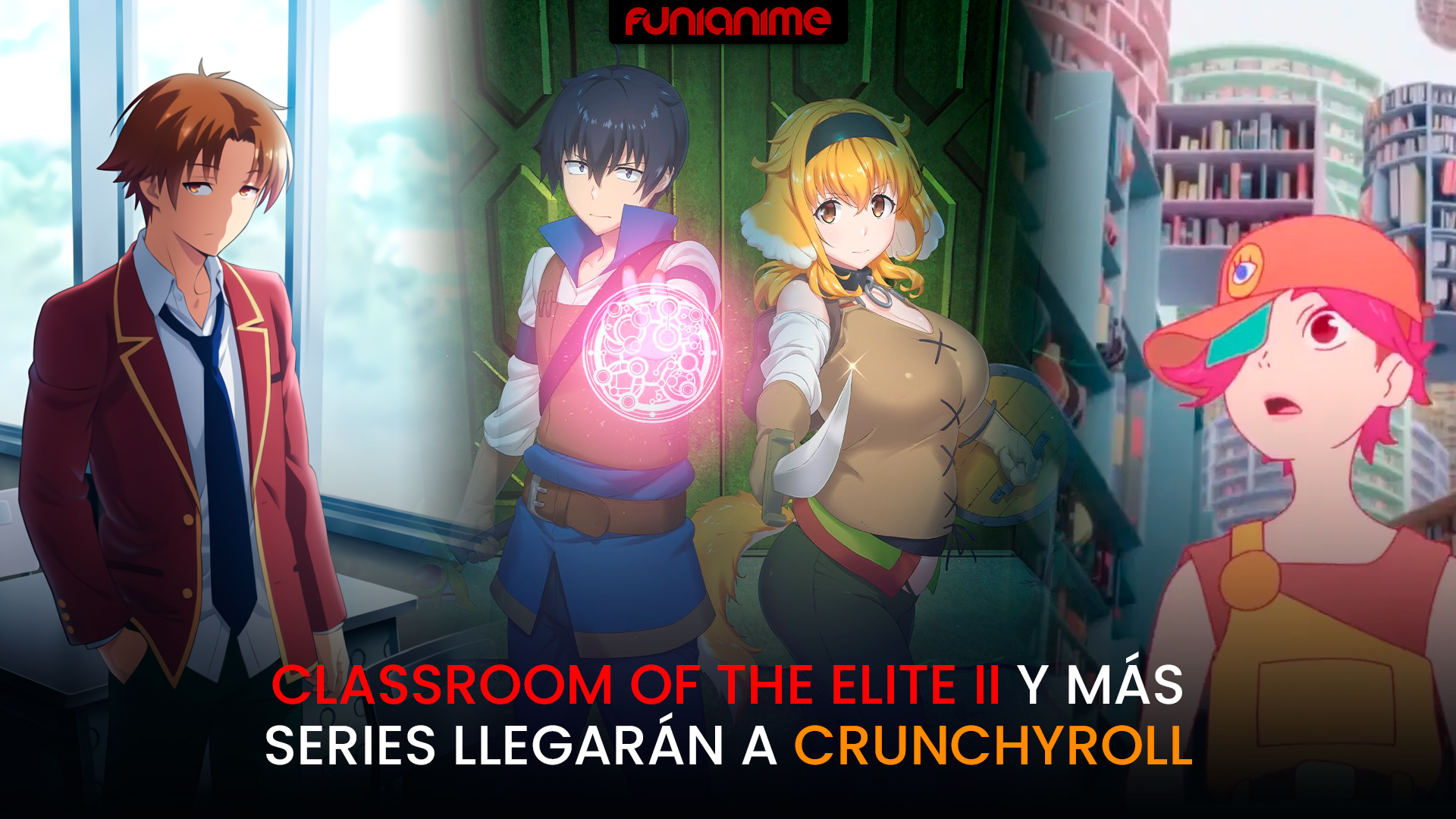 Classroom of the Elite II and more series coming to Crunchyroll

Classroom of the Elite II and more series coming to Crunchyroll

The real clockwork orange! Crunchyroll confirmed new series that will be part of its catalog of premieres for the next season of Summer-2022these are:

Classroom of the Elite II

Kiyotaka Ayanokoji has just enrolled in Tokyo Koudo Ikusei Senior High School, where it is said that 100% of the students go on to college or find employment. But she ends up in Class 1-D, which is filled with all the troublemakers in the school. Also, every month, the school awards students points with a cash value of 100,000 yen, and classes employ a laissez-faire policy where talking, sleeping, and even sabotaging are allowed during class. A month later, Ayanokoji, Horikita, and the students of Class D discover the truth of the system in place at their school…

Harem in the Labyrinth of Another World

Struggling with life and society, high school student Michio Kaga wanders the Internet and lands on a strange website. Featuring a series of questions and a point-based system, the website allows you to build skills and abilities for a character. Upon completing the persona of him, Kaga was transported to a game-like fantasy world and was reborn as a strong man who can claim idol-level girls. Thus begins the legend of deception and the harem of a man reborn!

From Science SARU comes an original story based on The Adventures of Huckleberry Finn. The story begins when Berry, an average girl from an average home, meets Hack, a girl who looks like a boy. Charmed by Hack, Berry meets Hack’s team, the Ghost Detective Club. The members of this club are “socially dead” and work invisibly within Tom Sawyer’s digitally controlled society. While working with the group, Berry learns about Zero, a mysterious figure she lurks in Tom Sawyer’s underground. She and Hack decide to chase after this figure, and in time, the truth behind the city is revealed…

We will have more information about these animes and many more coming soon.