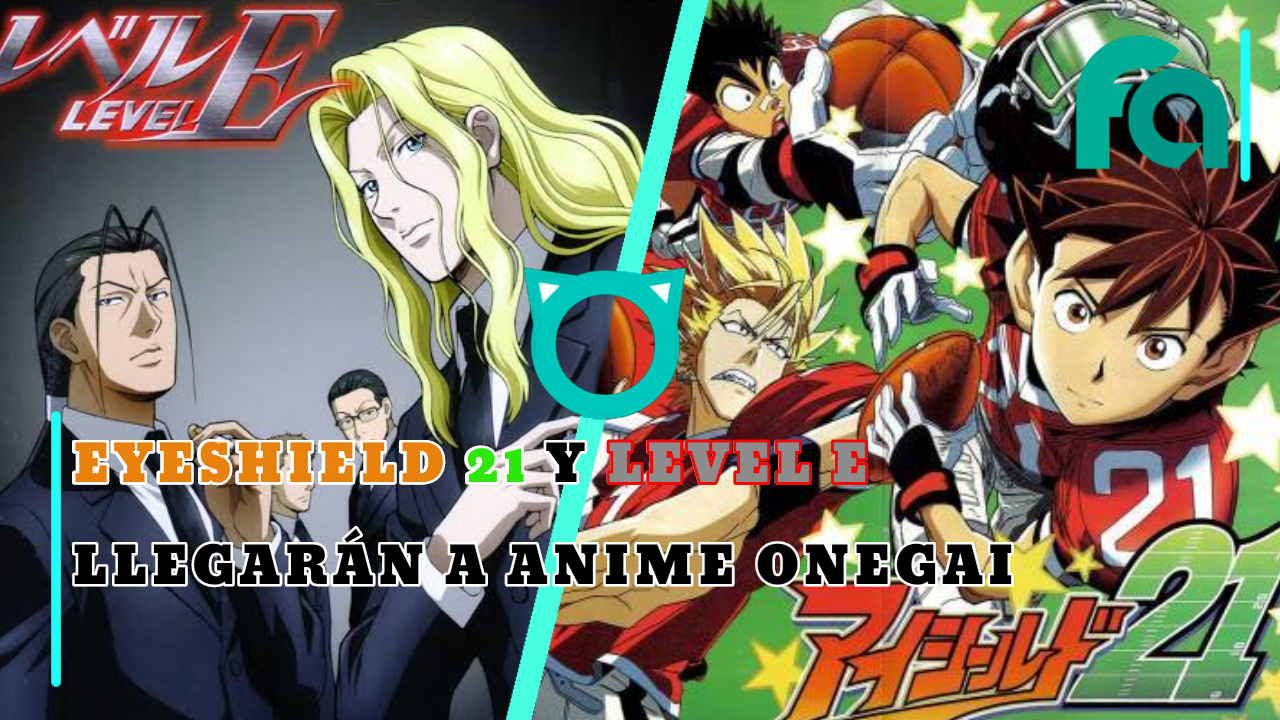 Through a press release published by the newspaper The universaltwo of the series that will reach Anime Onegai after the launch of the final phase, these are “eye shield 21” that was very popular in the first decade of the 200s and talks about American football and “Level E”, which follows an alien prince who crash-lands on earth.

Tokyo-born student Yukitaka Tsutsui will be moving to Yamagata Prefecture to attend high school on a baseball scholarship. Since he attended high school in Japan for baseball, the townspeople are very excited about his arrival. However, when he arrives at his apartment, he meets a strange man who is casually reading and wearing his clothes.

The stranger claims to be an alien who crash-landed on Earth and has nowhere to go. Revealing himself to be Baka Ki El Dogra, the crown prince of the planet Dogra, he is just one of hundreds of aliens who have already made Earth his home. Despite his royal origins, the prince is an infamous intergalactic fool who thinks nothing of bothering others for his own amusement.

Whether he’s performing ridiculous tests on his minions, granting weird powers to random kids, or just being a general nuisance, no one is safe from the idiotic prince’s antics!

Sena Kobayakawa is a young man who does not stand out much, and who is often mistreated by his peers, which has given him great ability in his legs, since to escape abuse he can run at high speed. After taking his entrance exam, Sena enters Deimon High School, together with his childhood friend and protector Mamori Anezaki. It is at Deimon High School that he begins his adventure in the American football club, the Deimon Devil Bats, where he enters as secretary, forced by Hiruma Yoichi, the team’s quarterback.

This, seeing his speed, forces him to play runningback, but to prevent other teams from being interested in his powerful legs, he makes him play incognito with a helmet with a visor. Thus he becomes Eyeshield 21, the “man with the legs of the speed of light”, who will fight to achieve the dream of his team: to reach the Chrismas Bowl, the most important tournament at the level of institutes in Japan.

The note published by The universal tells us about how the interest of animeka to expand to Latin America through Anime Onegaiwhich, under the direction of rod lopezgot the rights to Japanese animation products and decided with his team to start dubbing them in Mexicoas a primary resource, not knowing that it would become the main attraction.

To date, more than 300 actors have already passed through the studio of the pink kitten, bringing us jobs with an incredible localization quality and you know it well since their dubbing is generally at the top of our weekly dub polls.

We only have to wait a few more days for the launch of the final phase of the platform and see what other surprises they have for us, remember that it will be the next Monday April 18 at 6:00 p.m.hour of the Mexico city.