Free! The Final Stroke – Part 2 will arrive in Argentina

Free! The Final Stroke – Part 2 will arrive in Argentina

Coming soon! After having witnessed the first part, it has been confirmed that Free! The Final Stroke – Part 2which will close the well-known franchise, will hit theaters in Argentina next June 16this after being released in theaters in Japan last April 22.

Thus, it should be noted that fanimewho are in charge of its distribution in Latin America, had recently announced that it would reach Mexican theaters on the day may 19while writing about an upcoming announcement for the premiere in the rest of Latin America.

Soon we will announce the premiere in Latin American countries.

Pre-sale of official products is now available at https://t.co/g13jw2hsYv where you can buy them. pic.twitter.com/IdormIDEwy

Also, Mr. Rodolfo Mirandaoperational director and co-creator of the project fanimecommented the following:

“Yes, ‘The Final Stroke Vol. 2’ just like the previous Free! which reached several countries in Latam, will be distributed in various countries, including Argentina.»

Finally, its official arrival date has recently been announced, which, as already mentioned, will be the next June 16so it only remains to wait for that date to arrive. 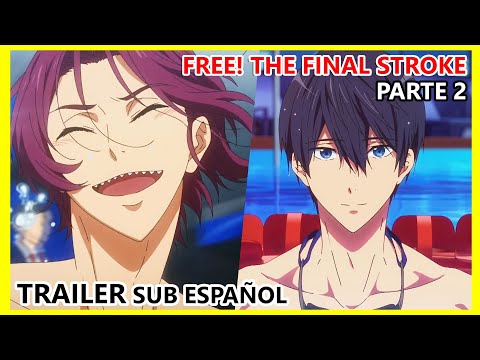 After his first appearance in the world championships, Haruka was defeated by the “Absolute Champion” also losing his freedom. This caused him to stop and analyze his true purpose in swimming, questioning his relationship with the water and his place within the world of swimming.