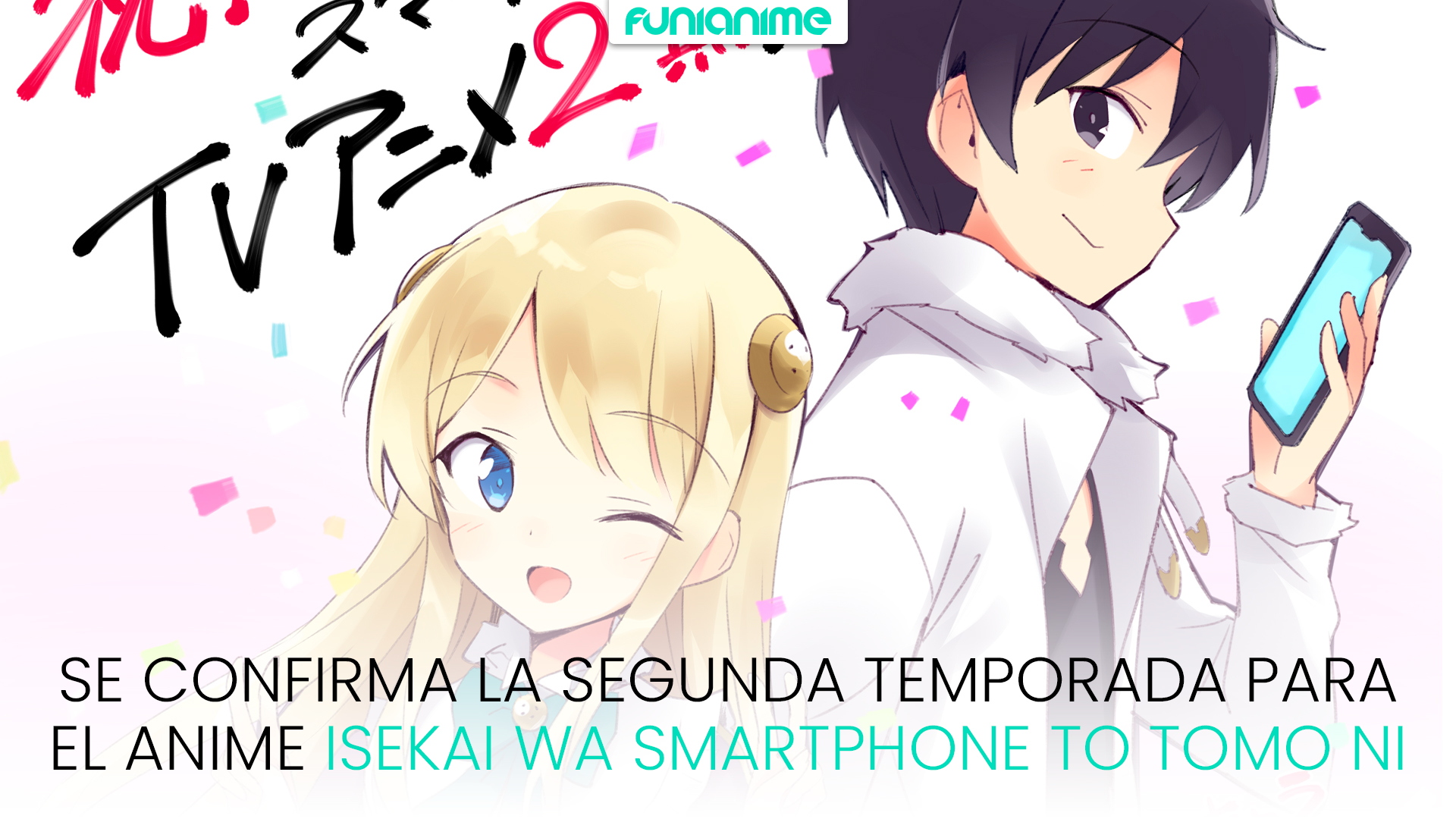 Has it been worth it? It was worth every second! The anime Isekai wa Smartphone to Tomo ni (In Another World with my Smartphone) It brought us news after almost five years of being broadcast, and it is undoubtedly very good news for fans of said series.

And it is that, recently it was announced that the anime adaptation of the Japanese light novels written by Patora Fuyuhara and illustrated by Eiji Usatsuka, Isekai wa Smartphone to Tomo ni (In Another World with my Smartphone)will have a second season.

With that said, the news was released via a statement on the official site for the anime and shared via a tweet in the official account Twitter along with a special illustration for the occasion.

It should be noted that the production details and the premiere date of this new season will be announced soon.

“Even after the end of the first broadcast, we received many requests for a sequel, and after five years, the second production project will start. Also, congratulatory messages and illustrations from Patora Fuyuhara from the original, Eiji Usatsuka from the original character, and Soto from the manga, and message comments from each cast have arrived!

In addition, it continues with a message of Fuyuharawhich goes like this:

Hi, I’m Patora Fuyuhara. I have been waiting for a long time, but I can meet you again in the winter night. “In another world with my smartphone. ]The second season of the anime has been decided! I think this is also thanks to everyone who has supported me even after the animation ended. I hope you enjoy it again.»

On the other hand, it should be mentioned that Isekai wa Smartphone to Tomo ni (In Another World with my Smartphone)is a series of Japanese light novels written by Patora Fuyuhara and illustrated by Eiji Usatsuka. J-Novel Club has licensed the series for an English release, releasing each novel in six weekly parts since february 2017.

Also, a manga adaptation of Soto began its serialization in the magazine Comp Ace from the publisher Kadokawa Shoten in November 2016.

Finally, an anime series adaptation by Production Reed was issued from July to September 2017. The series has been licensed by the platform streaming Crunchyroll. Needless to say, this series also has its own Latin dubbing.

Editor’s note: They called me crazy, but here it is, it will have a second season >:D!

Fifteen-year-old student Touya Mochizuki is accidentally killed by God Himself. As an apology, God allows him to be resurrected in a new fantasy world with whatever benefit he wants. Touya then requests to take his smartphone to the new world, which God accepts and also modifies so that, although Touya cannot communicate with his old world, he can recharge it with magic and gives him functionalities such as information from the new world and some other applications. God also amplifies Touya’s physical, magical, and cognitive abilities as part of his apology for killing him. Taking full advantage of his new life, Touya makes new friends and begins to travel from country to country, resolving political conflicts, side quests, and mostly just enjoying life.