Kaijuu 8-gou manga to be adapted into anime

Kaijuu 8-gou manga to be adapted into anime

Great news! It has recently been revealed that the manga written and illustrated by Naoya Matsumoto, Kaijuu 8-gou (Monster No. 8) It will have an anime adaptation soon. The news was released through a press release, and in turn this was also shared through a tweet in the official account Twitter of the work

However, said statement did not reveal details about the production or a scheduled release date, but it has been known that the animation studio TOHO Animation is involved in this project.

On the other hand, it should be noted that with said announcement a promotional video and image for the aforementioned project were also published. 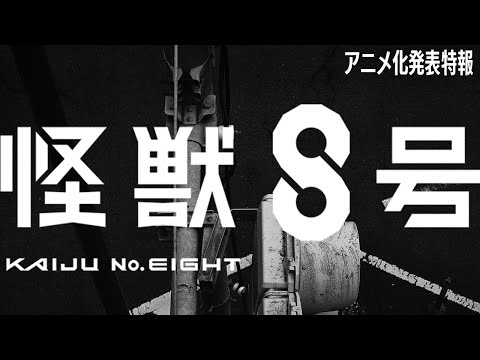 Finally, it is also worth noting that Kaiju No.8also know as 8kaiju either Monster #8 is a Japanese manga series written and illustrated by Naoya Matsumoto. It began to be published July 3, 2020 in the digital magazine Shonen Jump+. In addition, it is available on the platform plus sleeve in Japanese, English, Spanish, among other languages.

Grotesque Godzilla-like monsters called “kaijuu” have been appearing in Japan for many years. To combat these beasts, an elite military unit known as the Defense Corps risks their lives daily to protect civilians. Once a creature dies, “sweepers,” who work under the Kaijuu Professional Cleaning Corporation, stay behind to dispose of its remains. Kafka Hibino, a 32-year-old man, is not satisfied with his work as a sweeper. From a young age, he has aspired to join the Defense Corps and kill kaijuus for a living.

However, after a few failed attempts, he abandoned his dreams and resigned himself to the mediocrity that brought him a decent salary. However, when an ambitious 18-year-old recruit named Leno Ichikawa joins his cleaning crew, Kafka is once again reminded of his desire to join the army. After a chain of unfortunate events and an interaction with the young street sweeper, Kafka encounters a parasite-type kaijuu that burrows through his mouth, turning him into a humanoid monster. With his newfound powers, Kafka aims to give his lifelong dream one last try.