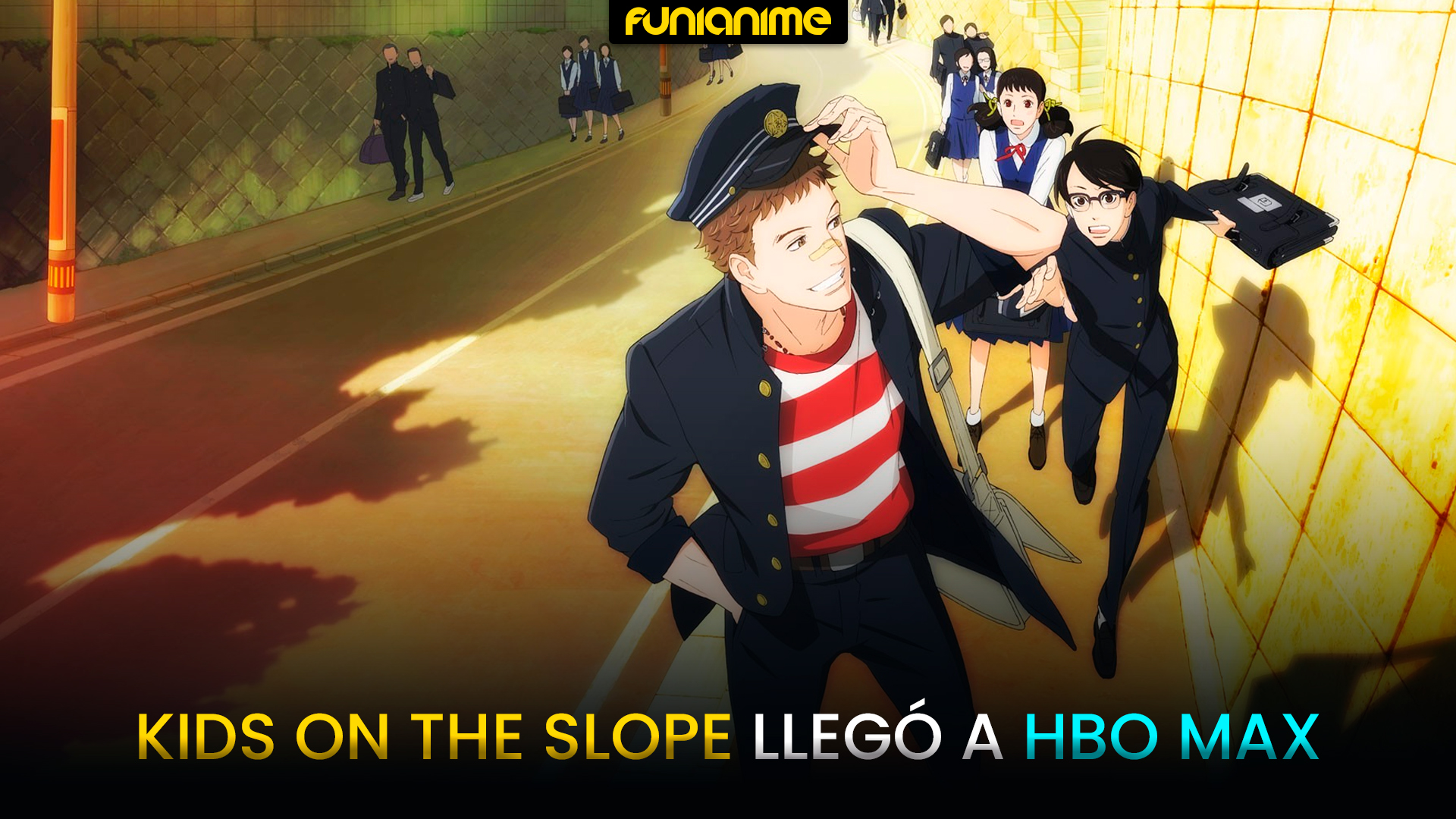 Kids on the Slope Anime Arrives on HBO Max

Kids on the Slope Anime Arrives on HBO Max

HBO Max continues to expand its anime catalog, this time we are surprised that the addition of the movie Sakamichi no Apollon (Kids on the Slope)an anime originally released in 2012, which had 12 chapters produced by studio MAP In collaboration with Tezuka Productions.

Under the distribution of Japan Foundation, the series is available in its original language and with its respective Latin dubbing, a work that was done in Argentina under the direction of the master Mariano Ascione in the studios Mandinka

Synopsis for Kids on the Slope

Introverted classical pianist and standout student Kaoru Nishimi has just arrived in Kyushu for his first year of high school. Having constantly moved from place to place since his childhood, he gives up all hope of fitting in, preparing for another lonely and meaningless year, until he meets notorious delinquent Sentarou Kawabuchi.

Sentarou’s immeasurable love for jazz music inspires Kaoru to learn more about the genre, and as a result, he slowly begins to come out of his shell and becomes his first friend. Kaoru starts playing the piano at the after-school jazz sessions, located in the basement of fellow student Ritsuko Mukae’s family record store.

As he discovers the immense joy of using his musical talents to enjoy himself and others, Kaoru’s summer could grow into one he will remember forever. Sakamichi no Apollon is a heartwarming story of friendship, music, and love that follows three unique people united by their mutual appreciation of jazz.