A couple of hours ago in the morning, Kem Media and Konnichiwa Fest released the long-awaited trailer dubbed into Latin Spanish for the next film that they will bring to theaters in Latin America. We refer to Goodbye DonGlees!. 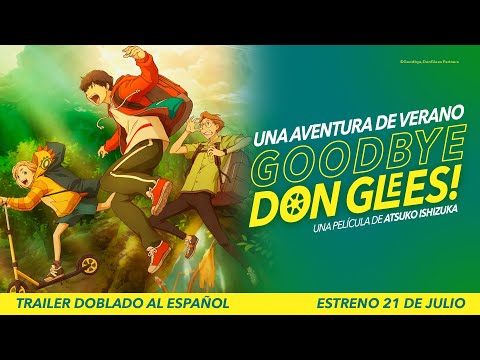 In the advance we have the confirmed participation of some recognized talents of Mexican dubbing:

Directed and written by Atsuko Ishizuka and produced by successful animation studio MadHouse, Goodbye, DonGlees! It will be released first in Mexico on July 21 in Mexico, only in the Cinepolis theater chain, and later it will also be shown in the rest of the countries in Latin America.

Rōma is a boy who lives in a rural town a little far from Tokyo. Unable to get along with those around him, Rōma forms a team called “Don Grease” with Toto. That relationship shouldn’t have changed even after Toto went to high school in Tokyo and broke up. On summer break from his freshman year of high school he met Drop, a new addition to “Don Grease”. Caught in a forest fire as a result of Drop’s words, the boys are forced to go in search of a drone that has disappeared in the sky in search of proof of his innocence.