My Hero Academia published a new trailer for its sixth season

My Hero Academia published a new trailer for its sixth season

Through the YouTube channel of the Toho Animation studios, a new advance was published for the sixth season of the animated adaptation of the manga boku no hero academia (My Hero Academia), the preview features images of the arc’s history “paranormal liberation war” with professional heroes like Endeavor, Shota Aizawa, Hawks and villains like Dabi, Toga and Shigaraki Tomura. Recall that this sixth season will have its premiere in the month of October.

In addition to this, it was confirmed that the next August 1 The two new OVAs of the fifth season will be released through different streaming platforms, they are titled Hero League Baseball Y Laugh! As if you are in Hell and were already screened in advance in theaters in Japan. 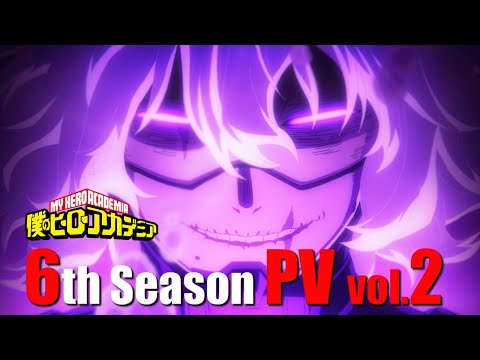 Kohei Horikoshi is the author of My Hero Academia and the work began to be published in July 2014 through the magazine Weekly Shōnen Jumpowned by the publisher Shueisha and already has more than 50 million accumulated copies in circulation.

All seasons of the series are available on Funimation and Crunchyroll with their Latin dub, which was done by voices from all Latin America under the direction of the teacher Romulo Bernal.

One day, a four-year-old suddenly realized: the world is not fair. Eighty percent of the world’s population possesses special abilities, known as “quirks,” that have given many the power to fulfill their childhood dreams of becoming superheroes. Unfortunately, Izuku Midoriya was one of the few who was born without a quirk, and suffered discrimination for it. However, he refuses to give up on his dream of becoming a hero; Determined to do the impossible, Izuku sets his sights on the elite hero training academy, UA Academy.

However, everything changes after a chance encounter with Izuku’s number one hero and idol, All Might. Discovering that his dream is not a dead end, the boy without powers undergoes special training, working harder than ever. Ultimately, this leads him to inherit the power of All Might and, with his newfound abilities, he enters the school of his choice, beginning his grueling journey to become the successor to the greatest hero on the planet.