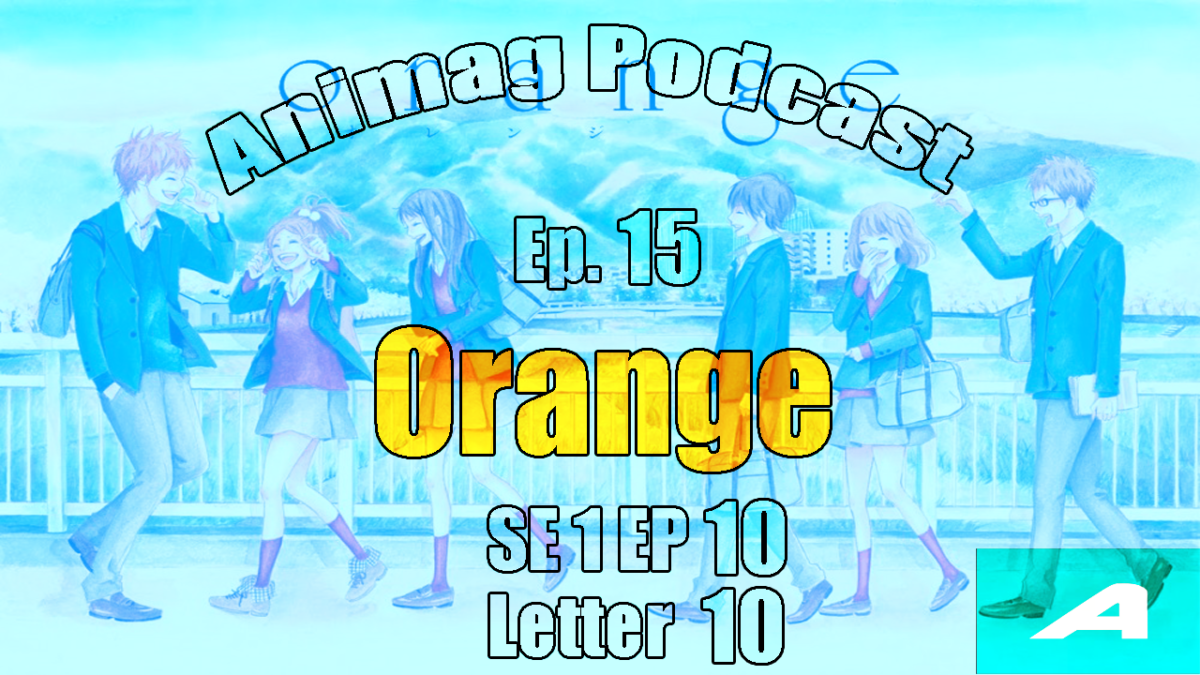 Episode 10 wraps up the athletic meet. The girls dress up for a cheerleading event while the boys feign disinterest. We find out that Kakeru injured his ankle in the pole event during the last episode. The group helps Kakeru and Naho carry a mat while coaching Kakeru on his fear of happiness. The big race finally arrives. Azusa promises Hagita bread if he passes a person (and a date if he passes two.) The group says Kakeru should get a kiss from Naho if he comes in first. Through Kakeru’s skill (and Hagita’s persistence) the class takes first place. He steals a kiss on Naho’s cheek while helping her clean up. 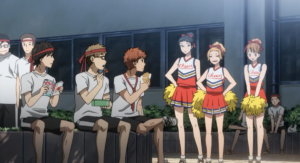 Going into this We had conflicting ratings. Out of first glance and without taking a moment to fully process this before the podcast i (Asylum) had put this episode down as a mid tier episode.  But having the chance to sit down, discuss it, and come to the conclusion of something I raised my rating a little bit.

There are really and truly two major parts in this episode.  The first one we will call the mattress scene and of course the race. The group spends this episode really honing in on doing what the letter asked them to do. Honestly this is probably one of the better episodes where they do actually go above and beyond with changing things.  Will that have an adverse effect in the future however?

This episode takes palace on the back end of the relay race that they were all attending, we will come to learn that Kakeru’s ankle is hurt.  We come to know this because Hagieda’s letter told him. Without this they would have never known and Kakeru would have fallen during the race causing him to get sad and causing the team to lose. 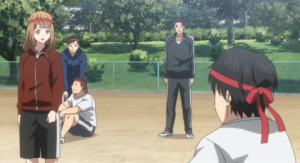 During the mattress scene is when Kakeru will be called out on this.  One of the reasons why I am saying this scene is a bigger one is because during it Kakeru winds up telling the rest of the group in person about what really happened to his mom. Remember up until this point he had only told Naho and Souah. Its also during this scene that Souah just straight up says look, if your hurt just tell us so we can help you. Kakeru ask hos they knew he was hurt but they all swiftly avoid the question and turn it around on Kakeru with another question. The result of the group turning the question onto Kakeru is where he decides to just tell everyone about his mom. 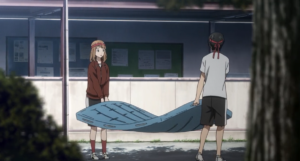 The group does their best to put his mindset in a good place to try and make him in a better mood for the race.  They all go on to say how they are always there for him and how no matter what happened to his mom or where she may be currently they can assure him that she is more than likely looking down on him.

They convince Kakeru to get his ankle checked out and turns out it was sprained. They wrapped it and even though the Dr told him to not do the race he says he can and he will. 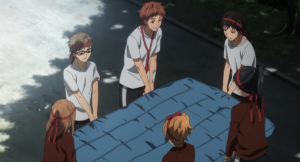 Before the big race starts we learn that there have been a few wagers make within the group.  The first two are between Azu and Hagieda.  Initially it started with is he could pass just one person she would give him some of her hamade bread.  Then through teasing and jokes it turned into if he could pass two people they should start dating, Azu seems fine and really jumps at the opportunity to agree to this and Hagieda gets really embarrassed.  This little side relationship that this show created between Azu and Hagieda really helped save this show for me.  Sometimes when it is lacking or becoming stale and boring you can always count on that pair or at least one of them brightening the scene. 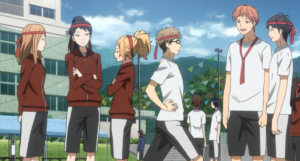 The second wager is between Naho and Kakeru, and I suppose Souah.  If Kakeru gets first place he gets a kiss from Naho, If he does not get first place then Souah gets the kiss. This scene really had me laughing because the whole time they were talking about it you can see Naho standing there in shock with her eyes all huge. 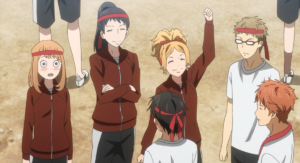 The race starts! Everyone seems to be doing what they can (Running wise) Souah came out the gate blasting! as he passed the baton off he passed along a verbal message also for Kakeru which was (win the race). Azu gets the baton next then Takko.

Next up Hagieda gets it he starts going and he is sort of slow at first, the team slips into last place. This motivated him because he screams and then starts going super fast!

Naho was the second to last person to get the baton and she passes it to Kakeru and also passes the message on! Kakeru would go on to take the lead and have their group win the race! Obviouslly getting his ankle wrapped helped with altering that had originally happened in the timeline. 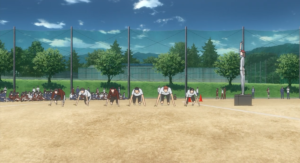 Kakeru kisses Naho on the cheek and claims he had to get his prize for winning the race. 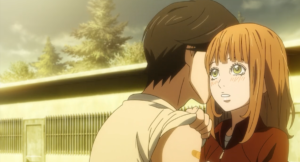 BUT we see Souah standing on the corner of the building sort of looking sad and looking on watching the kiss happen. 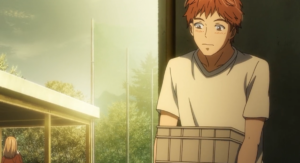 The ratings for this epsidoe come in as follows.