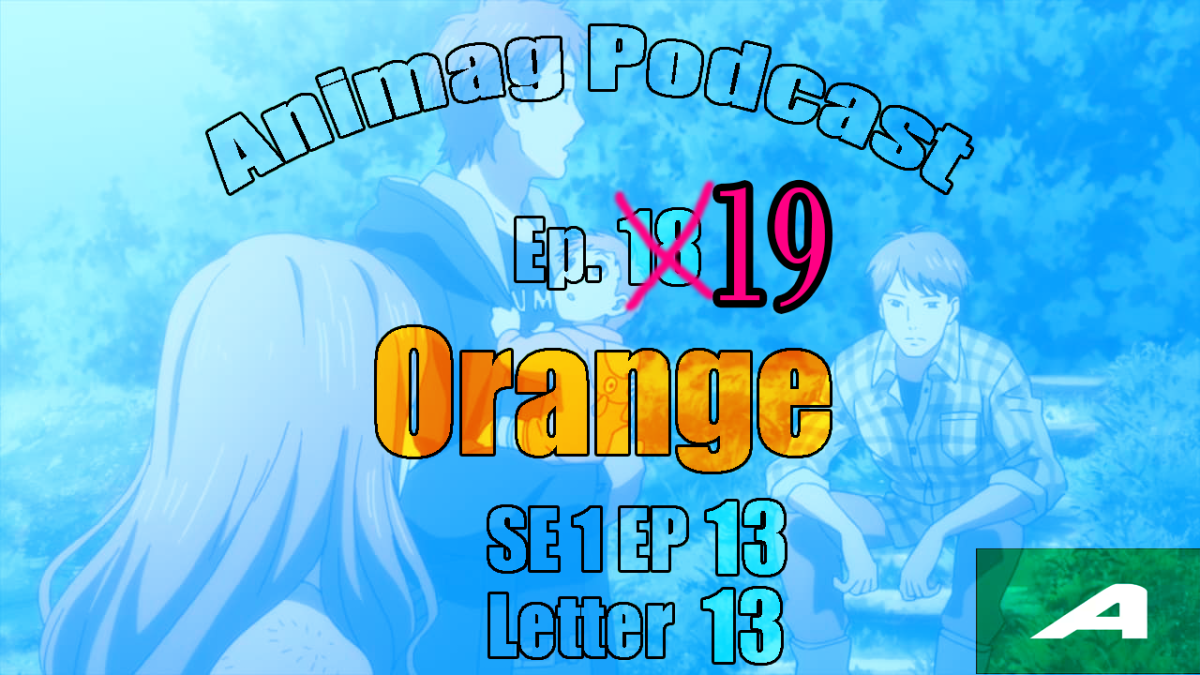 Valentine’s Day is upon them, and the group knows they only have 1 day left before the original timeline’s version of events happens. Naho tries to give Kakeru chocolates and talk to him. However, the timeline has been altered enough that the opportunities her future self had don’t occur for present-day Naho. With her last opportunity, she runs through the school to catch him before he heads home. Naho tells Kakeru the same information her future self originally had sent as a text the day he died, and he breaks down. She hugs him, and he asks for the chocolates she has been holding all day. 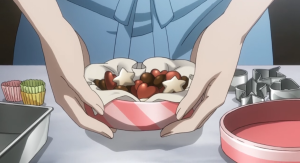 Majority of this episode and by majority i mean half of this episode was spent around the Valentines day chocolates.  This was highlighted throughout the season so it was only to be expected that they would have taken some time to come in and close that story arch off. 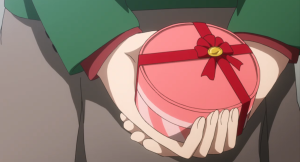 The episode opens up with a scene where Naho is actually making the chocolates for Kakeru in class. From here we will see her try multiple time to actually give him those chocolates and fail. The letter stated that the fourth time she will try needs to be the time that she succeeds with giving him the chocolates however, something happened to them when Naho bumps into Ueada and falls on top of the box that the chocolates were in. 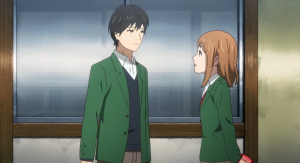 Things wing up boiling down to Naho and Kakeru having this big heart to heart outside at school and basically this isn’t something we haven’t seen before in this season, its Kakeru saying how he hates himself and likes Naho and also Naho saying that she likes him. By the end of this he tells her that it was time to give him whatever it was that she was hiding behind her back this entire time. It was the chocolates but they were squished, he says that it does not matter.  She finally gets a chance to give him the chocolates. 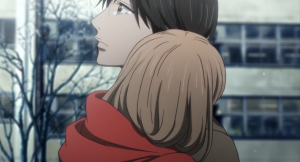 The back end of this episode was obviously focused on what we have been waiting all season for, this was the moment where they will be saving Kakeru. Admittedly the best part of this was Hagieda saying that they should just go and smash Kakeru’s bike in order to have him not leave his house that night. Souah says that its a little excessive, as if Hagieda wasn’t going to just go and do it. 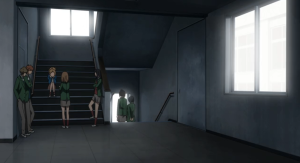 come night time things boil down to the moment when Kakeru runs out of his grandmas house and into the streets. By this point the gang is already out in the streets looking for him. After some time they see him but perhaps just a little too late, there is a large truck going right towards him.  As they all stand there mouths open and eyes all huge the truck sequels to a halt. He actually did not get hit by the truck! The gang actually did their jobs, but as i stated in the podcast i think it was less of a physical task and more of a mental task because, Kakeru says the reason he fell over right before the truck hit him was that he became afraid of missing out of things with the group of friends. 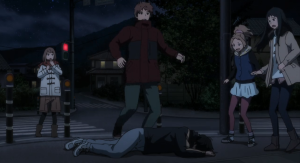 After all this unfolds they all have a heart to heart with kakeru as he is still down on the ground.  Then they all show him the letters and explain what has been going on after he asked how they knew he would have been right there at that very moment.  They also give Kakeru his own letter from each of them in the future! After this they decide to walk back to His grandmas house and on the way there they ask why he didn’t take his bike.  Kakeru explains that he was going to but when he went to get on it, it was completely destroyed.  Hagieda went back and actually did destroy his bike.  After Thomacus and I discussed this, this very action alone may have been what saved kakeru physically in this universe.  If Kakeru had been on his bike he may have been moving at a faster rate then he could while walking and may not have been able to fall over and out of the way when the truck almost hit him.  SO is Hagieda the unsung hero out of all this?! 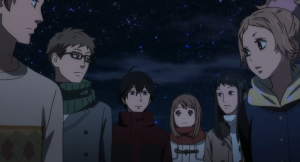 The season closes out with it almost coming full circle where it opened with the group digging up a time capsule, this time around they are burying one to themselves 10 years in the future. Kakeru is present for this one because they accomplished their mission and saved him. 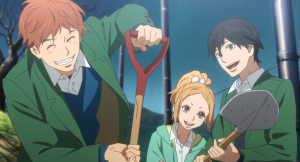 Overall this was a very solid episode, They closed some of the holes that were lingering in their story, The art style was absolutely beautiful and we got an ending to a story that we have all been waiting for.

The next post will have our overall rating for the entire show you wont want to miss that.  I am actually shocked as to what it wound up getting.

Seems like the last two episodes out shined the entire season!

HEYYY! you guys stuck with it and finished the show!

The boys always put on a great show!

at least i don’t have to sit and watch this now.

Orange is actually one of my favorite animes

I’m ready to hear what the final score is