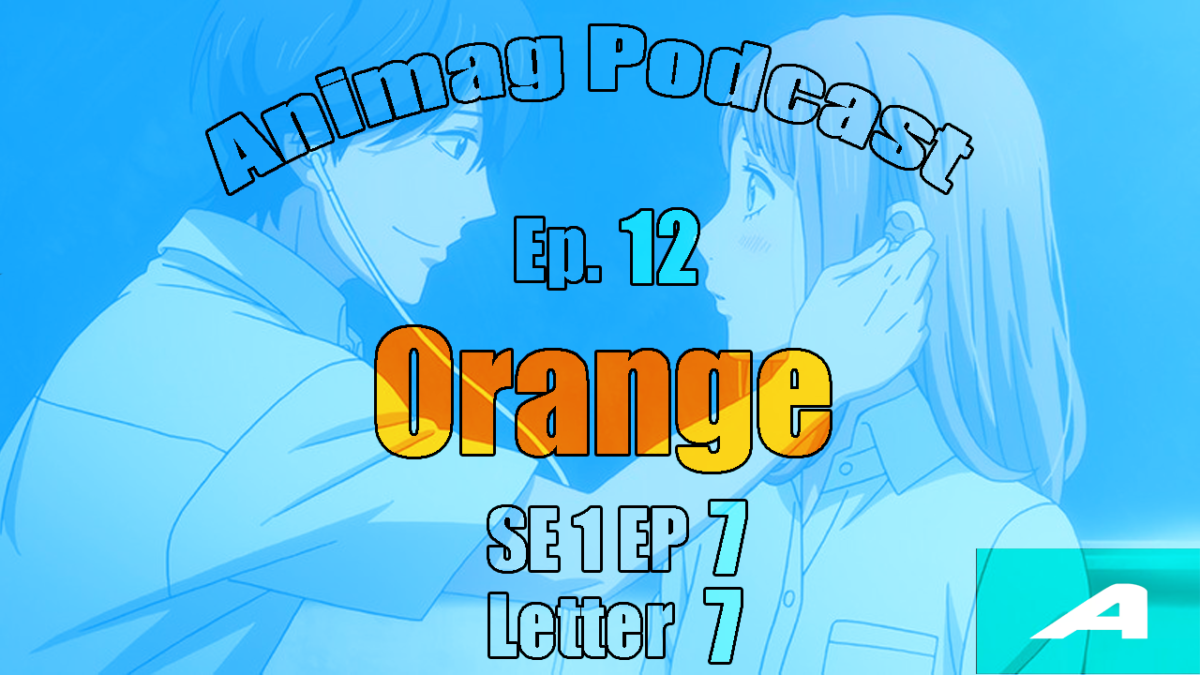 Naho and Suwa team up to help save Kakeru. They find out his birthdate, and everyone asks him what he wants for his birthday. They give him his presents, and Suwa and Naho confront Kakeru over his feelings of regret and desire to die. 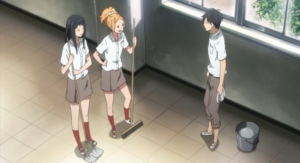 Naho and Souah finally sit down and talk about their letters seeing if there were any differences (There weren’t) for the most part the letters both said the same thing. 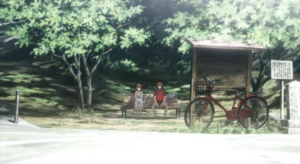 The gang Is going to throw Kakeru and birthday party, they all pester him about what he would like for his birthday! We do unfortunately have to see Ueada in this episode right here and she threatens to derail the entire birthday party by taking the gift that Naho was planning to give kakeru and giving it to him as if it were from her… 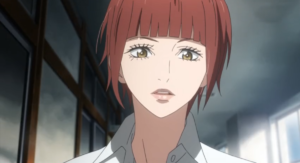 Thankfully Nahos friends step in and sort of put Ueada in her place letting her know that she no longer means anything to Kakeru because they are no longer together.  Then Takko does what we all finally wanted to see someone do.  She raises her hand to Ueada as if she was going to slap her, but decides to be the bigger person and just l;et her walk away embarrassed rather than embarrassed and hurt. 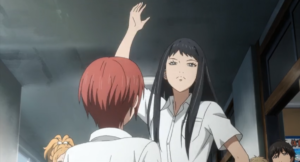 There is a flash forward in this episode where the gang went to visit Kakeru and give him flowers.  This part has a major role in the episode because just moments before we see Kakeru and Souah walking on a bridge and kakeru tells souah that all he wanted for his 18th birthday was some flowers so he could give them to naho.  Then while the group is there doing this Souah takes the flowers and gives them to naho and explains.  She is shocked that even in death Kakeru still found a way to get her flowers. they explain to Naho that kakeru really did love her.  This was a very touching moment. 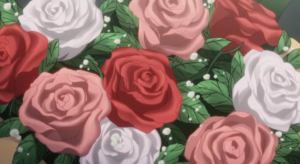 Cut to the present and Souah actually got Kakeru the flowers and pushes him to give them to naho right then and there.   (Remember he is working to do what the letter asked him to do which was get Kakeru and Naho together). Finally we see Kakeru tell Naho how he feels. She really does not give him any kind of true response. 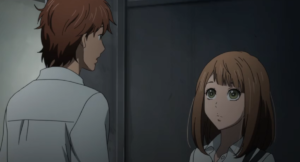 Towards the back end of the episode in true Orange Fashion things start to get REAL! We learn that kakeru tried to do the big (S) once before him actually accomplishing it. Apparently he went hangout with some friends from Tokyo and certain things set his mindset into motion and he tried to hang himself and would up having to miss some school because he was hospitalized!! Naho and Souah must do whatever they can to ensure that he does not wind up hanging out with those tokyo Friends.  This leads us into the end scene. They are in a classroom and alot happens here. Naho and Souah try to convince him to hang out with them rather than the tokyo friends. We finally hear what Kakerus BIG regret was. 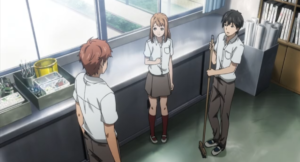 We finally learn what Kakerus big regret that he has been talking about is.  It was the fact that he let his mom down. He does not go specifically into detail but we can gather enough from this part to understand that he feels like he let his mom down, and feels like it is his fault that she is no longer there with them. After a major breakdown we see Naho finally speak up and she starts to confess to Kakeru how she actually feels about him even throwing out the L word! 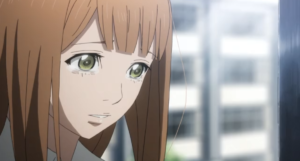 Overall this episode wasn’t terrible and it was nice to see someone else get involved with trying to get things moving with the letter. The light character development that we are starting to get with the other characters is also nice. The fact that Takko almost slapped Ueada was the cherry on top the cake for me. I would like to see everyone else aside from the major 3 characters get a little more screen time.  But perhaps we shall see that in future episodes.

Thomacus gave this episode an 8

and Asylum gave it a 7

Rad! I was waiting for this!

These episodes really make my day even if Orange isn’t all that great.

It was Nice meeting you at the mall today Asylum. Tell Thomacus i said hi and hope to meet him also next time.

now we are starting to get to the good stuff

Starting to get a little more interesting.

Asylum, that WOW mount that you are going after is no longer avaliable…. It’s only available through the black market. That means it’ll cost you about 1k real life money. instead of the usual 500

sadly i have learned this since we have recorded this episode. MY DREAMS ARE CRUSHED!