Revealed details of the collaboration between Fortnite and Dragon Ball Super

Revealed details of the collaboration between Fortnite and Dragon Ball Super

More and more canon! Recently on the official site for the video game developed by Epic Games, Fortniteit was revealed that this will have a collaboration with the franchise Dragon Ball Superwhich has started today globally and is entitled “Dragon Ball: Power Unleashed!”, this includes a new tab in the main menu with missions and rewards. Likewise, it should be noted that the promotional video and the details of said collaboration were also published. 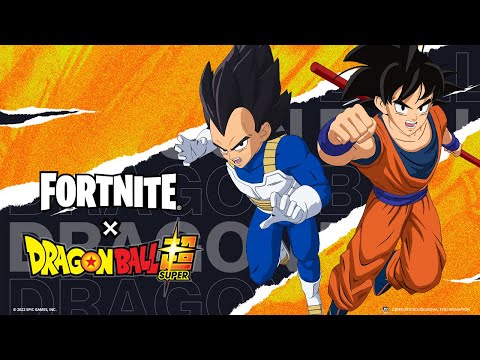 Likewise, he continues to write: “Seven sets of missions will test your skills in strength, agility, concentration and much more. With every training set you complete, you’ll earn a Dragon Ball and power up your power level, unlocking awesome rewards like the Dragon Radar Back Bling, emotes, sprays, and Battle Pass tiers.”

Additionally, it also leaves the following message for users: “Complete your training, collect all seven Dragon Balls, and obtain the Shenron Glider!”

Thus, the statement continues with the following: «The missions and rewards of Unleashed Power! will be available until August 30, 2022 at 05:00 AR and 03:00 MX.

Please note that in-game rewards Dragon Radar Retro Backpack Y shenlong glider are not exclusive to Power Unleashed! and can later appear in the item shop.»

And the thing is, things get even better then, from the August 16th to the September 17, 2022fans of the series Dragon Ball Superas well as those who are just discovering it for the first time, will have the opportunity to board a cruise created by the team at Vysena Studios to relax and watch a selection of episodes of Dragon Ball Super. Needless to say, they can find the Dragon Ball Super Episode Festival in Discover or they can watch a specific episode with one of the codes that will be provided soon.

In the same way and to finish, said statement lists some of the events and accessories that will come to the renowned game with this new adventure as follows:

Editor’s note: There is no doubt, gentlemen, Goku beats him xD!

After defeating Majin Buu, Goku and his friends have a very peaceful life: Goku now dedicates himself to agriculture, although he always finds time to continue training; Mister Satan has become famous as the great savior of Humanity; Trunks and Goten do kid things; Gohan and Videl have gotten married; and Vegeta spends a family vacation. But something that will change his destiny is about to happen. As they gather to celebrate Bulma’s birthday, the God of Destruction has awakened and is doing what he does best: annihilating planets…and he’s just discovered Earth. Once again, Goku will need the help of his friends to become the legendary Super Saiyan in order to defeat the God of Destruction.