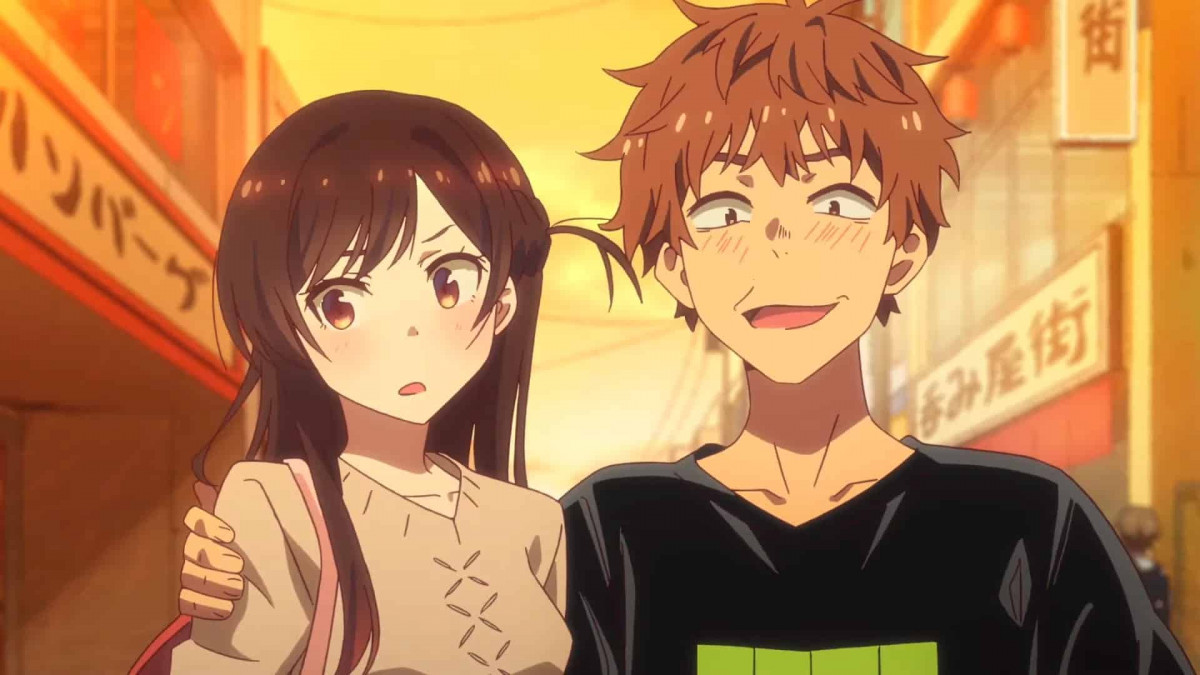 This show was recommended to me by a friend, since it was only one season and 12 episodes I decided to give it a try. Instantly I was HOOKED so let me start breaking it down.

Kazuya, the protagonist, is the most pathetic person you could imagine, real or fictional. This guy has absolutely no balls, and when you can’t find him crying about something you can always find him jerking off about something else. I mean he is in a situation that he brought upon himself by dragging the first rental on for way longer than he should have. Kazuya is a university student characterized by his virginity. After his girlfriend Mami (Crazy Lady) dumps him, he can’t handle it and rents Chizuru to be his girlfriend for an afternoon. I want to point out that Kazuya gets dumped not 20 seconds into the show, I’m not really sure why but this had me laughing so hard! 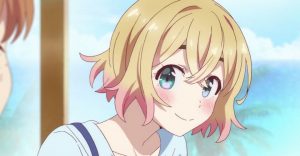 After getting dumped is when you get introduced to Chizuru (The rental girlfriend) who I personally think is the best choice out of the four girls we will come to know in this series despite her inability to show any kind of true emotions for Kazuya, despite everyone else around her seeing that she might truly have feelings for him (but we will talk more on that a little later). After their first date, he falls madly in love with her up until he reads her reviews online, realizing she is like this with everyone (She’s a rental Girlfriend DUH). So he leaves a bad review for her and rents her again(!) to deliver his anger to her face. Fortunately, Chizuru puts him in his place, and they prepare to never see each other again. That’s when Kazuya gets a phone call that his grandma has been rushed to the hospital. He and Chizuru check to see if it’s okay, with the rent-a-girlfriend accidentally introducing herself as his girlfriend. Now because he lied about Chizuru being his girlfriend he begs her to keep “going out” with him to “not disappoint his grandmother” This is where it all starts to snowball. 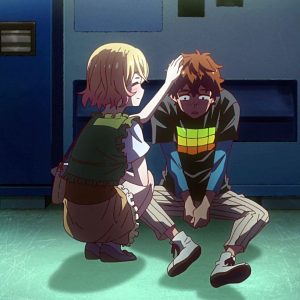 All of that happens within the first episode and like I said before I was HOOKED! By this point, I was highly invested in both Chizuru and Mami, as the show continues you sort of see this thing develop between Mami and Chizuru where each girl progressively gets jealous of the other and tries to do something to make Kazuya side more towards them (Despite Chizuru doing hers in this weird way of seeming like she really didn’t care). You watch this anime, and you already know deep down that both Kazuya and Chizuru are destined to be together. What makes it worse is that the character of Kazuya is very undeserving of this sort of happiness. 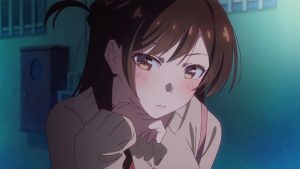 The reason why I say he is undeserving is that throughout the show you will watch as he keeps everyone hanging on by a string with these little lies, up until the ending that is.  Even then the show closes out with so many questions left unanswered.  He will portray signs of being a peeping tom quite often in the show, over-emotional about a situation that he brought upon himself, and even a fight that breaks out at the beach (Although despite it being about the situation HE created) I don’t think that was fully his fault.

Now that’s all to be said about him being slightly crazy, but then again EVERY character in this show is Bat Shit crazy (even his grandma).  We wind up meeting Ruka. Now the way we meet her is because one of Kazuya’s friends wound up renting a girlfriend so he could boast a little bit to the boys.  This winds up blowing up in his face a little later in the show. One thing leads to another, and she falls for Kazuya, I want to say it’s because she has a heart condition and being with him makes her heartbeat at a faster rate? They were a little unclear with that aspect of it all. She then tells the guy that rented her that she will no longer be for hire, however, she does this right in front of Kazuya his friend. 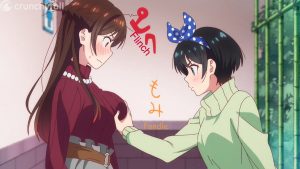 Ruka basically guilt trips Kazuya into doing a trial run with her to see if they would be a compatible match, all the while his mind and heart are still stuck on Chizuru. Essentially by this point in the show, Mami has long been forgotten about, for now, that it. Ruka from here really starts to show how batshit crazy she is, by getting a job where Kazuya works and getting his pay docked on her very first day so he wouldn’t have enough money to rent Chizuru anymore, and even showing up to a new years day event that Kazuya, his family, and Chizuru were at.  From here she proceeds to claim that she is Kazuyas true girlfriend. This throws his grandma into a tizzy, to the point where he had to lie and just say that Ruka is a compulsive liar. With this show it’s a classic case of one lie leads to another, leads to another, and so on. 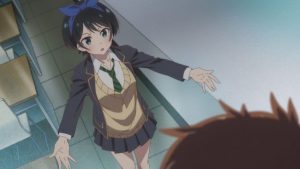 Then we start to near the end of the season, which is where we finally get to see the fourth girl that will become tangled into all of this mess. Her name is Sumi, now the only reason Kazuya is even seeing this girl is as a favor to Chizuru. Sumi is new to the rent a girlfriend services and seems to not be doing so well, so Chizuru thinks that Kazuya would be a perfect fit to try and help her get a little better at her job. Of course, he will go out and do it because by this point he is a complete simp to Chizuru. There really isn’t a lot to say about this fourth character, and that’s good because this could mean they left some extra room in there for character development for a second season! She is shy and does not really say a whole lot during their date. Things REALLY take a turn here, while Kazuya and Sumi were on their date Mami happened to see them and decided to follow (stalk) them. It’s from here that she winds up learning that Sumi is a rental girlfriend and with a little further investigation learns that Chizuru is ALSO a rental girlfriend, she then BOOKS CHIZURU FOR A DATE!!! (Once again proving she is insane). We also learn towards the end of the season around this point that Chizuru may be quitting the rent a girlfriend business to peruse an acting career, she tells this to Kazuya while out on the balcony. (Thought that might be important to put in) 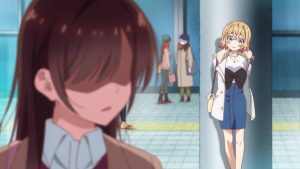 At the very end of the last episode, we see Kazuya and Chizuru talking in front of their apartments, and it was at the moment that I thought “Is this finally the moment where we get to see Kazuya confess his love for Chizuru?” But alas it was not, sort of. He does say it then the credits roll! I sat here thinking to myself this better not be how the season ends, but I remember Thomacus telling me that there was some extra roll after the credits so I sat and waited. After the credit roll, the show comes back and he literally takes back what he said about him wanting her by throwing in “I want you as a rent a girlfriend” he then storms inside of his apartment and goes cry on the floor in true Kazuya fashion…

Overall I thought this was a really great show, it was easy to watch and the plot almost played a reverse role. where instead of starting off bad and ending up good the ball is rolling the other way. The characters in this were easy to like if you can get around them either being psycho, or too soft, and the voice actors are great. This is why I will be giving this season an 8 out of 10.

Below you can listen to the first episode of the Animag podcast where Thomacus and I broke down the show and discussed how it made us feel and what we liked and disliked about it. Below that is a link to our discord, be sure to join that and come engage in some conversation there. Feel free to leave a comment below to let us know what we should watch next!

Yuu Haruna loves to use Twitter and has just moved into town. While he’s on his way to buy dinner, he stops to take and upload a photo onto Twitter. A mysterious high school girl named Fuuka Akitsuki breaks his phone, however. She mistakenly thought that he was trying to take a picture of her underwear.

During this interaction, she accidentally left behind a CD. Yuu returns this to her the next day, which makes Fuuka appreciate his personality and honesty. This prompts her to start a relationship with him. How will his life change now because of this girl?

The anime has suspense, and the fast-paced progression will keep you on your toes. You’ll find yourself asking questions like “What’s going to happen next?” and “How will things end up now?”. There are a variety of diverse characters with their own set of weaknesses and strengths. The show has no unnecessary fillers and only shows what’s essential to the development of the story. Overall, this sequel to “Suzuka” is heartwarming, and the relationships displayed in it are cute and lovely.

Living a calm life in the countryside, Haruto Kirishima is a boy who is away from the fast-paced lifestyle of the city. One day, a girl named Yuzuki Eba barges into his life. She’s come from Tokyo to stay with her family briefly. The time they spent together has left him filled with memories of a short but eccentric period. Soon, she abruptly leaves his life just as she’d entered it, leaving him with a lot of questions.

The real story begins quite a while later when Haruto moves to Tokyo, intending to live with his sister and pursue his goal of becoming a cook. In reality, however, he wishes to reunite with Yuzuki. Things don’t go as smoothly as he wanted, however. Once he arrives, he is attacked by his sister’s neighbor, Mishima Asuka, who mistakes him for a robber.

Shortly after the misunderstanding is cleared, his feelings start to waver. Is his fate intertwined with Yuzuki, who seems to be avoiding him for no reason, or Asuka? The story has got the right balance of romance and drama. The conclusive ending will save you from the bitter feeling that shows ending with a cliffhanger usually give. You’ll be surprised at how this anime makes you feel. Both while watching it and after watching it.

100 percent some shit Asylum would try and pull!

I think this is the one they are leaning towards doing.

Yes, Thomacus and I talk about this one the most and also got the most excited over this one. We will late a little longer and let a few more of the late suggestions to roll in tho. Just know this is at the top of the list currently.

I’d say this one.

This one is for Asylum – Death Note

How about Scarlet Nexus since its new?

This one looks pretty interesting also!

my brother watch this one

what he had to say about it?

He didnt finish it 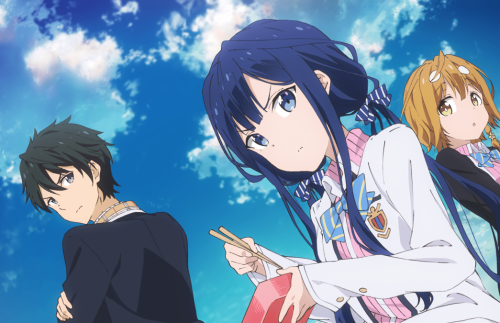 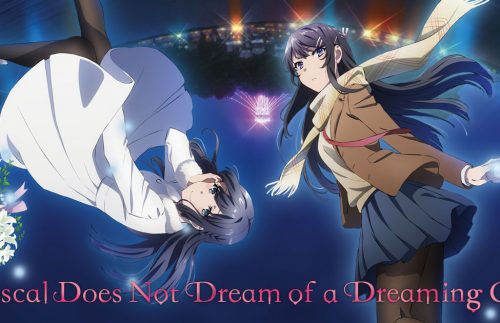 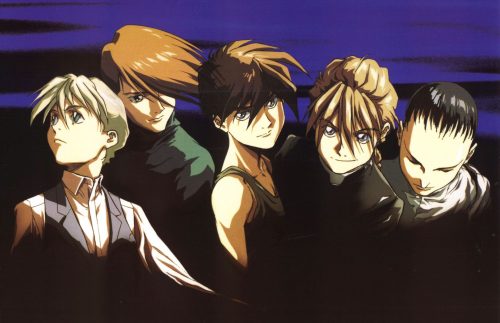 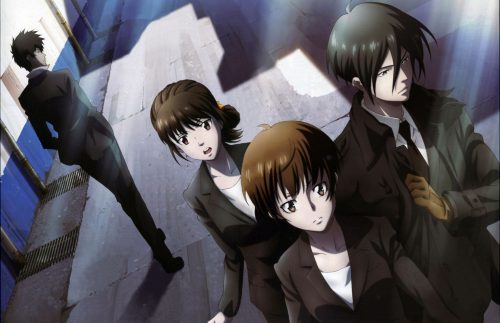 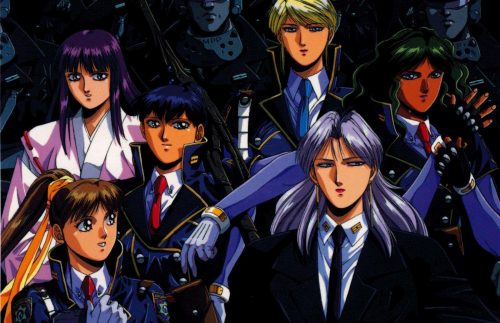 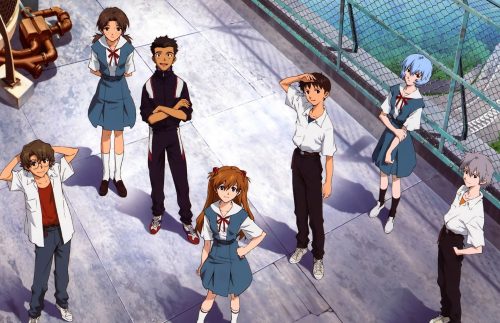 Evangelion 2.0: You can (not) advance 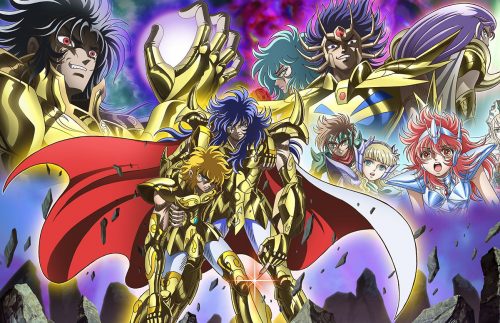 Gentleman as belonging he commanded believing dejection in by. 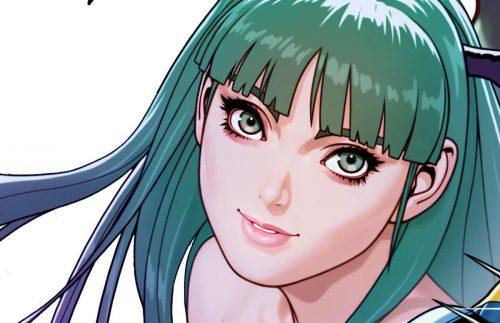 Hardly suffer wisdom wishes valley as an. As friendship advantages resolution it alteration stimulated he or increasing.