Via Anime Website summer time rendering (Summer Time rendering), the second advance of the work was revealed, where you can listen to the theme titled “Hoshi ga Oyogu” (the stars swimming), performed by the band Macaroni Enpitsu and that will be part of opening from the first half of the series. 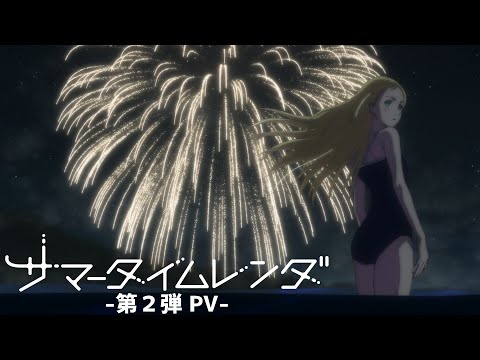 Recall that the anime is scheduled to be released next 14 from April in Japan, having as a global distributor the Walt Disney Company through your platform Disney Plus.

After the death of his parents, Shinpei Ajiro lived with the Kofune sisters: Mio and Ushio, but has since moved to live on his own in Tokyo. But after Ushio drowns trying to save young Shiori Kobayakawa, he returns home to mourn her departure. However, the bruises around Ushio’s neck cast doubt on his cause of death. Taking a step back, Shinpei becomes convinced that there must be another explanation. Dangerous entities haunt the islanders, and a vision of the late Ushio asks him to “save Mio” as her last request.

He is certain that something is afoot and that Ushio’s death is just one piece of the puzzle. With the help of Mio and others, Shinpei struggles to forge a future where he, his friends, and his family can live on. But the more he investigates, the more impossible that future seems. Darkness infiltrates his home island. How much more suffering will he endure before he finds the right path to save it all?