Susume, the next film by Makoto Shinkai, will hit theaters in Latin America in 2023

Susume, the next film by Makoto Shinkai, will hit theaters in Latin America in 2023

Toho Y CoMix Wave they published the Latest trailer for Makoto Shinkai’s upcoming movie, SUZUMEthe film will arrive to the theaters in Japan on November 11, 2022. 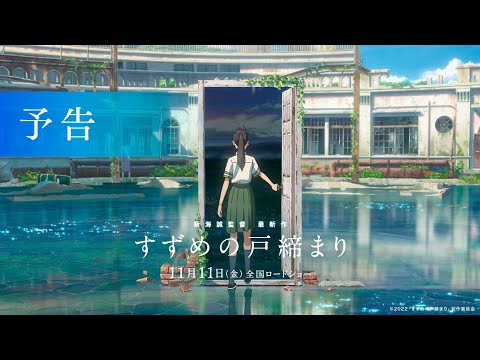 This new trailer delves into four keywords revealed alongside the initial trailer unveiled in April, which now has close to 5 million views. The “Young Traveler” who passes by Suzume under the clear sky, eventually closing gates together with “The Key to the Gates”. Likewise, the “White Cat” whose social media presence seems to be growing day by day, and the “Little Chair” running around like she’s alive are just the tip of the iceberg for “Suzume”.

Although it is still surrounded by mystery, Makoto Shinkai states: “I created this with the intention of introducing Suzume, as we witness our 17-year-old protagonist’s wide range of emotions, from her goofy reactions to her serious determination.”

17-year-old Suzume’s journey begins in the sleepy town of Kyushu when she meets a young man who tells her, “I’m looking for a door.” What Suzume finds is a single weathered door that stands amidst the ruins as if protected from any catastrophe. Seemingly attracted to her power, Suzume reaches for the goatee…

Gates begin to open one after another throughout Japan, unleashing destruction on anyone who is nearby. Suzume must close these portals to prevent further disaster.