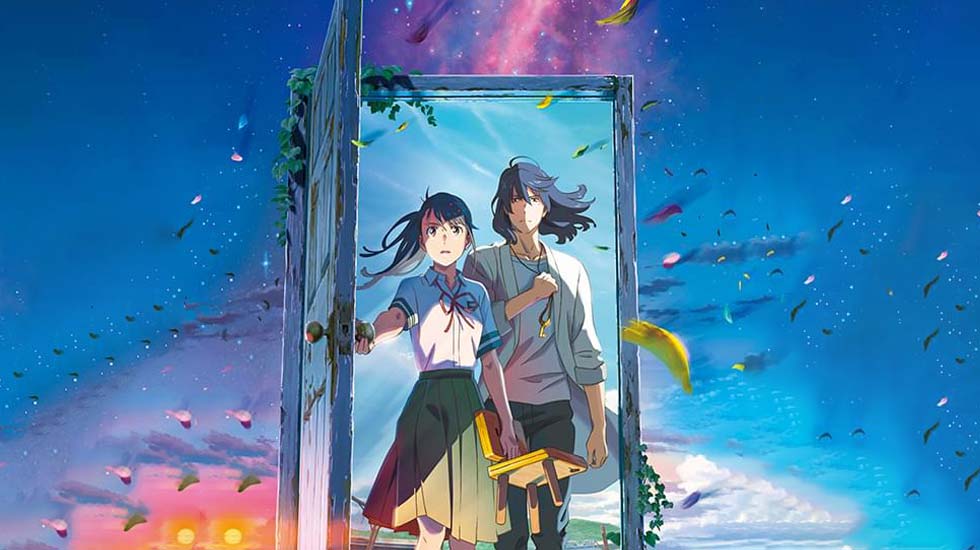 Makoto Shinkai’s new movie Suzume No Tojimari released on November 11 in Japan and has earned 1.88 billion yen in 3 days. The movie also mobilized 1.33 million people in these 3 days.

This is the highest ever opening for a Makoto Shinkai movie.

The previously highest grossing anime movie of Makoto Shinkai was Kimi No Nawa/Your Name which was released in 2016 and had earned 25.03 billion yen, Suzume No Tojimari showed a growth of 138.7% in audience mobilization and a growth of 147.4% in the box office revenue.

The official site of the movie also revealed the sound track details of the upcoming film. The soundtrack will comprise of two theme songs, “Kanata Haruka” and “Suzume,” twenty five additional songs and a brand new song created during the film’s production by Yojiro Noda, called “Tamaki”.

RADWIMPS and Kazuma Jinnouchi will be in charge of composing the music for the upcoming film, with Tik tok famed Toaka performing the theme song, “Suzume”.

The currently announced staff members for Suzume no Tojimari include:

Shinkai is directing and writing the screenplay for the film. He’s also the author of the original story. The characters are designed by Masayoshi Tanaka. The animation director is Kenichi Tsuchiya. The art director is Takumi Tanji. The film is produced by CoMix Wave Films and Story Inc. The film will be distributed by TOHO.

Shinkai tweeted about the announcement, commenting that  Suzume no Tojimari is a “modern adventure story” with action elements of Suzume traveling across Japan. He said that “It should be a fun movie.”

Suzume No Tojimari is set to release in theatres across Japan on Nov 11, 2022. The movie also got adapted into a novel, with Shinkai himself penning the work. The novel released in Japan on Aug 24, 2022.

Crunchyroll also announced on May 19, 2022, that it will distribute Makoto Shinkai’s latest anime movie, Suzume no Tojimari, worldwide (excluding Asia) from early 2023.