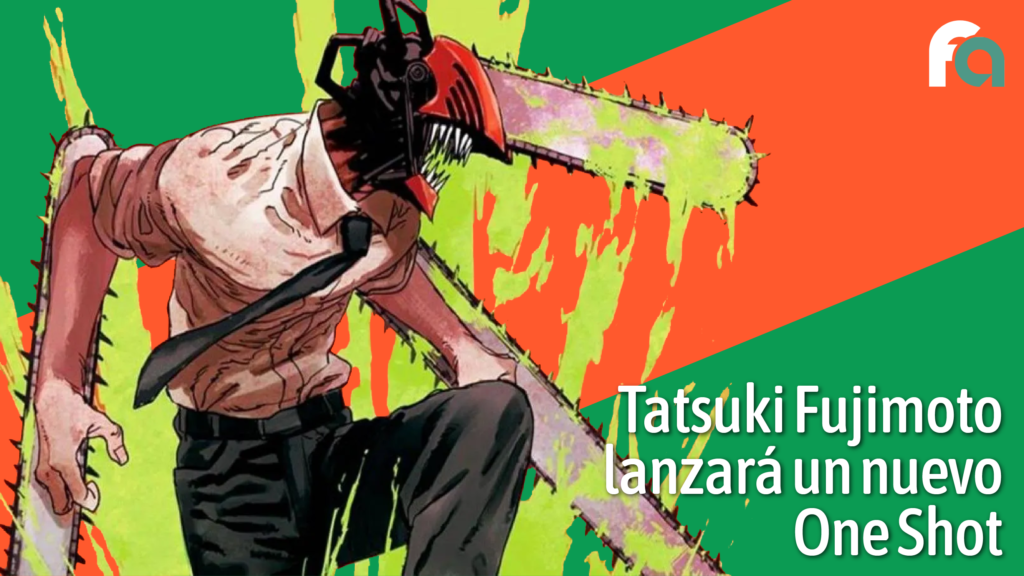 Tatsuki Fujimoto, author of Chainsaw Man, will release a new One Shot

Tatsuki Fujimoto, author of Chainsaw Man, will release a new One Shot

More content! Tatsuki Fujimotoauthor of the renowned manga chainsaw man will be posting a new one-shot from 200 pages the next monday april 11which will be published through the online magazine Shonen Jump+ from the publisher Shueisha.

That said, it should be noted that this new one-shot will have more pages than the one-shot above, which is titled Look Backwhich also had a very good reception among readers, which earned it several awards, for which this new work has generated high expectations among the public.

For now, no further details are known regarding this new work, however, it will serve as a “calming” for those fans who are waiting for the second part of the manga.

Finally, it is worth mentioning that chainsaw man is a Japanese manga series written and illustrated by Tatsuki Fujimoto. It was serialized in the magazine Shūkan Shōnen Jump from the publisher Shueisha from the December 3, 2018 until the December 14, 2020with its chapters gathered in eleven tankōbon volumes.

In addition, a second part has been announced and will be serialized in the online magazine Shonen Jump+ from the publisher Shueisha. In North America, the manga is licensed in English by Viz Averagefor both print and digital publication, and is also published by Shueisha on the online platform plus sleeve.

Also, it should be noted that the December 14, 2020 An adaptation of the series to anime was announced, which is produced by the studio MAPunder the direction of Ryu Nakayama and Makoto Nakazonowith dashes of Hiroshi Seko and music from Kensuke Ushiōwhich will premiere in 2022.

Editor’s note: But look just how much hype dad!

The story takes place in a world where Demons threaten the peace of humans, making them targets to be eliminated. Denji, a young and depressed man who, in order to pay off his deceased father’s debt, made the choice to sell several of his organs, work as a lumberjack, and also as a demon hunter.

Denji owns a dog (a demon) named Pochita, who has chainsaws that she uses to do her job. This is explained as humans can make contracts with demons. After returning home from a job, Denji is contacted by a Yakuza to infiltrate a building and assassinate another demon. However, the plan turns out to be a trap to assassinate him as part of a Yakuza contract with the demon, gaining them more power. But Pochita comes to Denji’s aid and bonds with him, becoming a half-man, half-demon and acquiring Pochita’s chainsaws.