And it will be even more extensive! After a long time, the date of the goodbye of the anime based on the work of hajime isayamaand it is that the Japanese television nhk has announced that the third and final part of Shingeki no Kyojin The Final Season (Attack On Titan: The Final Season) It will be divided into two more parts.

That said, it was also announced that the first of these two parts will be released next March 3rd in Japan through a special broadcast, while the release date for the second part is still unknown, it has only been announced that it would also arrive this 2023. 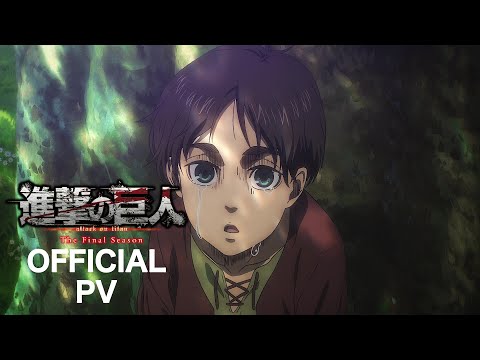 On the other hand, it should be noted that the number of episodes that will make up both parts is also unknown, since at this point there is little content to adapt from the manga. Likewise, it should be noted that to date, the final season of said anime adaptation has a total of twenty-eight episodes, of which sixteen were broadcast in the season of Winter-2021 (January-March) and the other twelve were issued in Winter-2022 (January-March).

Similarly, the fourth and final season of the anime Attack on Titantitled Attack on Titan: The Final Seasonwas produced by MAPPAheaded by Jun Shishido and directed by Yuichiro Hayashireplacing Tetsuro Araki Y masashi koizukarespectively.

Finally, it should be mentioned that shingeki no kyojinalso known in Spanish-speaking countries as Attack the titans Y Attack of the Titans,is a Japanese manga series written and illustrated by hajime isayama. The manga was published in September 2009 in the magazine Bessatsu Shōnen Magazine from the publisher Kodansha and was disseminated on a monthly basis until April 2021 with a total of 139 chapters. His story ended after almost twelve years. In Spain, the manga is distributed by Editorial Standard and in Latin America by the editorial Panini; except in Argentina, where the person in charge is the editorial UFO Press.

Editor’s note: This time it is the end, I swear to Dieguito Maradona!

Shingeki no Kyojin The Final Season:

Gabi Braun and Falco Grice have been training their entire lives to inherit one of the seven Titans under Marley’s control and help their nation eradicate the Eldians on Paradis. However, just when all seems well for the two cadets, their peace is suddenly shaken by the arrival of Eren Yeager and the remaining members of the Survey Corps. Having finally made it to the Yeager family basement and learned about the dark history surrounding the Titans, the Survey Corps have finally found the answer they fought so desperately to discover. With the truth now in their hands, the group set out for the world beyond the walls. In this Final Season, two completely different worlds collide as each side pursues its own agenda in the long-awaited conclusion to Paradis’s fight for freedom.