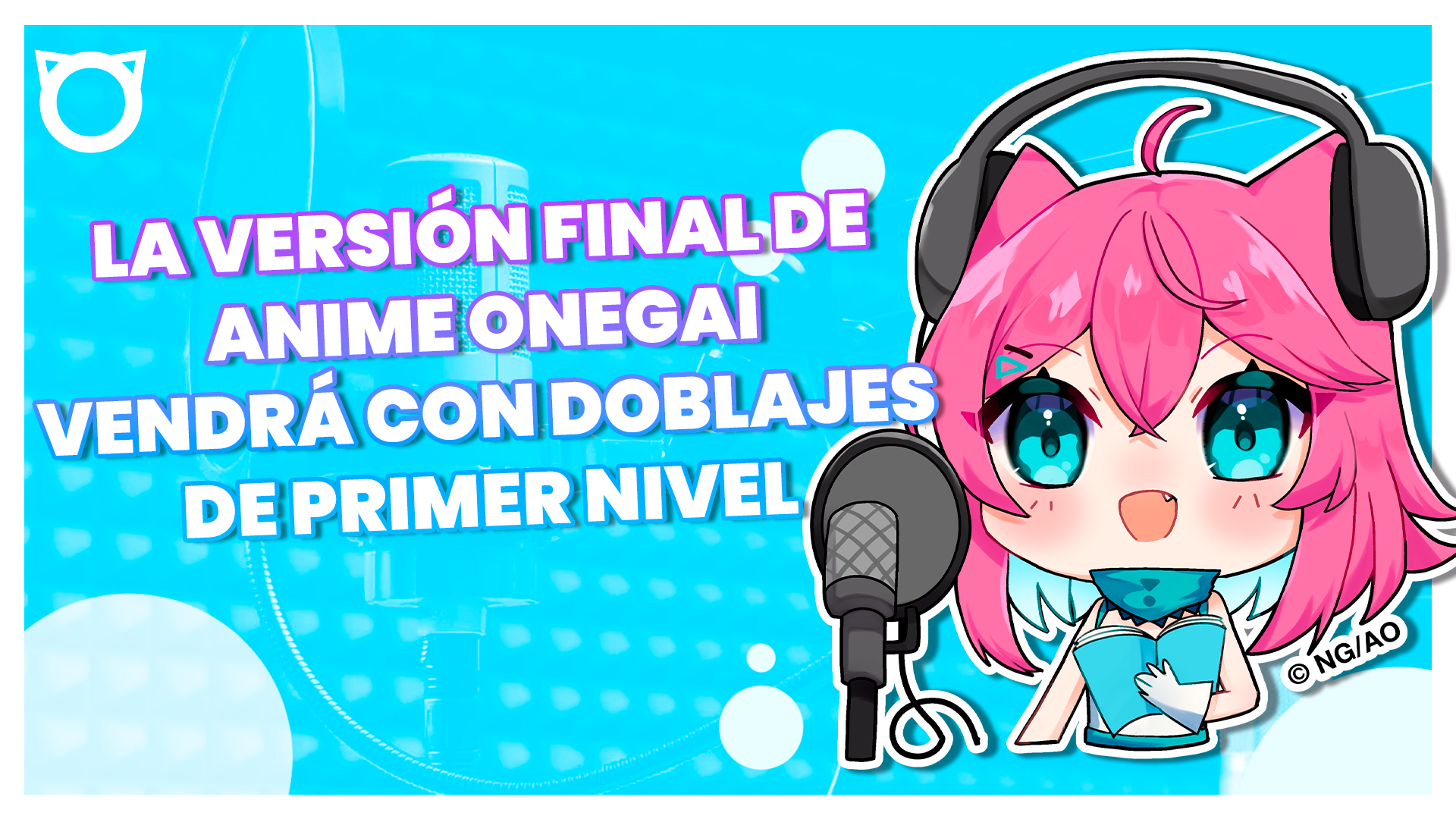 When starting the Official version from Anime Onegai the next April 18th of 2022, some of the dubbed series that will be incorporated into the platform will be announced, which, it should be noted, will include some series first level that they could not be part of the -Beta Test- precisely because of their increased popularity and commitments to licensors.

Unlike other platforms, the translation and adaptation for dubbing is done entirely from the original language and not from English, which achieves much better localization results.

“It was impressive, and I would even dare to say touchingthat multiple series of mid-rangewhose rights are much less expensive that the great licensesthey could get to you for you for the first places between the fans against series of much greater popularity thanks to the wonderful dubbing of the team of Anime Onegai.” explained rod lopezwho also said he has high hopes for the higher-tier titles now that they’re being dubbed by those who have made the Beta Test series shine.

“There is undoubtedly an element that distinguishes from origin compared to what the american platformsand practically all of our content is translated directly from the japanese language. This factor is key for the flow of language to reach much more complete to the fans without suffering the inevitable losses that are the product of a double translation, through the English language. Not to mention that said losses are added to the adaptations, to american ideologywhich often does not coincide with Latin America.”shared Luz Maria MartinezHead of Operations at Anime Onegai.

Dubbing continues to increase in popularity, so that the number of studios multiplies at the same rate, however, quality has not been reproduced at the same rate, with few studios that value and pay for good dubbing direction, prioritizing in their place work rhythms that do not allow quality content, as regularly happens in the United States.