The movie Suzume no Tojimari will arrive in Mexico in April

The movie Suzume no Tojimari will arrive in Mexico in April

Good news! the platform of streaming crunchyroll has announced through a press release that the new film by the director makoto shinkai, Suzume no Tojimari (Suzume’s Door Locking)will be released in theaters around the world (except Asia) from April 12, 2023. It should be noted that on the specific dates they clarify the following: 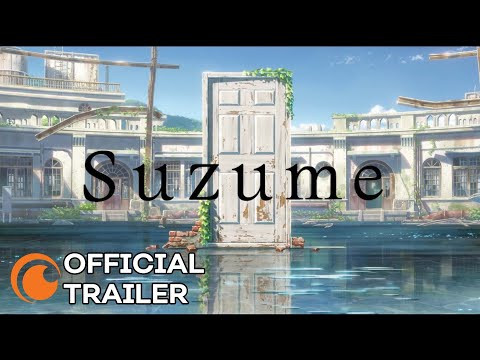 On the other hand, it should be remembered that this film is produced by CoMix Wave Films Y STORY Inc and that the distribution of this in the West is in charge of the uncle crunchy —which acquired the global (excluding Asia) distribution and marketing rights of TOHO for this new movie shinkai during the month of May in the cannes film festival—, as well as Sony Pictures Entertainment, Wild Bunch International Y eurozoom.

According to what was written in the statement, said distribution is carried out as follows:

Finally, it should be noted that said film debuted in theaters in Japan on the day November 11th and has managed to exceed the total sale of 5.6 million ticketsraising a total of 7.5 billion yen (approximately $55 million)which has led it to stay in the first position of the Japanese box office for 3 consecutive weeks.

Likewise, the communiqué writes the following about the author of the work, the aforementioned makoto shinkai:

“Award-winning creator, writer and director makoto shinkai has been a visionary in the animation space for decades, and the most recent films are Your name. (2016) and Weathering With You (2019), which have catapulted him as the leading animation author among international viewers. Weathering With You was selected as Japan’s entry for the 2020 Academy Awards Best International Feature Film category and nominated in four categories at the 47th Annual Annie Awards, including Best Animated Independent Film.

Editor’s note: It feels good to be back, especially with this kind of news xD!

On the other side of the door, there was time in its entirety… Suzume no Tojimari is a coming-of-age story of its 17-year-old protagonist, Suzume, set in various disaster-stricken locations across Japan, where it must close. doors causing devastation.

Suzume’s journey begins in a quiet town in Kyushu (located in southwestern Japan) when she meets a young man who tells her: “I’m looking for a door.” What Suzume finds is a single weathered gate, standing amidst the ruins as if protected from whatever catastrophe might strike. Seemingly drawn to her power, Suzume reaches for the knob… Doors begin to open one after another across Japan, unleashing destruction on anyone nearby. Suzume must close these portals to prevent further disasters.

The stars, then the sunset and the morning sky… Inside this space, it was as if all time had melted into the sky… Never-before-seen landscapes, meetings and partings… Endless challenges await her in the road. Despite all the obstacles, Suzume’s adventure sheds a ray of hope on our own struggles against the tougher trails of anxiety and limitations that make up everyday life. This story of closing doors connecting our past to the present and the future will leave a lasting impression on our hearts. Drawn by these mysterious doors, Suzume’s adventure is about to begin…