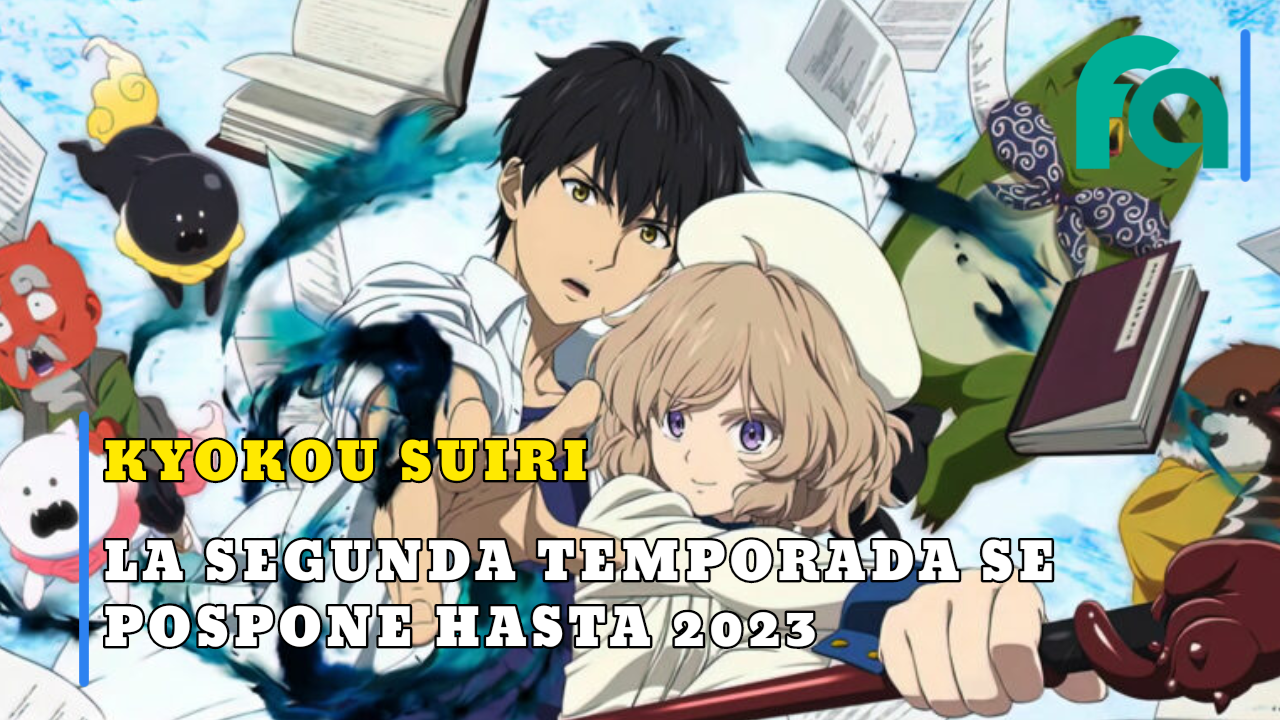 The second season of Kyokou Suiri has been postponed until 2023

The second season of Kyokou Suiri has been postponed until 2023

It will take a little longer! Recently the anime Kyou Suiri (In/Spectre) has announced through its official site that the second season of said anime, which was scheduled to premiere during the next month of october in Japan, has been postponed due to “several reasons”which has led to its premiere being rescheduled for next month January 2023.

Likewise, this news was shared through a tweet on the official Twitter account of the anime, where they will also be bringing updates on the second season, this according to what was said in the statement.

That said, it should be remembered that this new season is once again produced by the studios Brain’s Baseunder the direction of Keiji Gotō (Choujikuu Robo Meguru, Kiddy Grade, Sengoku Collection)with dashes of Noboru Takagi (C: The Money of Soul and Possibility Control, Durarara, Golden Kamuy, Sankarea) and character design and animation direction by Kentaro Matsumoto (D-Frag!, Grimms Notes The Animation).

It should also be noted that this already has a promotional video, which you can see below: 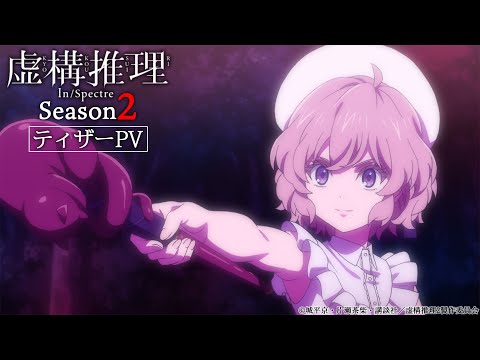 Finally, it is also worth mentioning that Kyokō Suiri (In/Spectre) is a 2011 Japanese novel published by Kodansha and written by kyo shirodaira with illustrations of hiro kyohara and from volume 2, of Chasiba Katase. A manga adaptation with art by Chasiba Katase has been serialized since april 2015 in the shōnen manga magazine Kodansha Shōnen Magazine R and from October 2019 also in Gekkan Shonen Magazine. It has been collected in eleven tankōbon volumes. An anime series adaptation produced by Brain’s Base premiered on January 11, 2020.

Hidden in plain sight, spirits known as youkai inhabit the world. Although most are benign, a subset threatens the tenuous peace between youkai and humanity. Ever since he agreed to become their “God of Wisdom”, Kotoko Iwanaga has served as a mediator between the two kingdoms, solving any supernatural problem that comes her way. At a local hospital, she Kotoko becomes close to Kurou Sakuragawa, a college student whose long-term relationship ended in an unfortunate breakup. Kotoko harbors feelings for him and suspects that something supernatural is hiding within her harmless appearance, so she asks Kurou for her help in helping the youkai.

Two years later, the news of an idol who was accidentally crushed to death by steel beams floods the press. However, months later, sightings begin to speak of a faceless woman wielding a steel beam. As with any supernatural problem, Kotoko and her companion set out to stop this spirit from wreaking havoc, but this case may turn out to be much more sinister and personal than they might have thought.