Through his twitter account, Viz Average confirmed the return of the original cast of the anime’s English dub Bleach: Thousand-Year Blood War. Therefore we will have:

Recall that the series will have its premiere next October 10th in Japan and will last for four choirs, each one will have approximately 12 or 13 chapters that will not be released consecutively, in addition, they have not yet confirmed which platform will be in charge of its distribution in Latin America. The anime has its Latin dubbing, work that was done in Mexico and had several people in the director’s chair, including; Dew Meadow, Edward Garza Y Hernan Lopez.

Do you think our voice cast will return too? Leave us your comments! 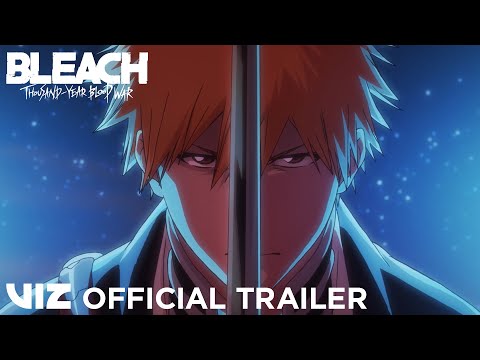 Ichigo Kurosaki is an ordinary high school student, until his family is attacked by a Hollow, a corrupting spirit that seeks to devour human souls. It is then that he meets a Soul Reaper named Rukia Kuchiki, who is injured while she is protecting Ichigo’s family from the assailant. In order to save the family from him, Ichigo accepts Rukia’s offer to take her powers and as a result, becomes a Soul Reaper.

However, with Rukia unable to regain her own power, Ichigo is faced with the daunting task of hunting down the Hollows plaguing his city. However, he is not alone in his fight, as he is later joined by his friends: classmates Orihime Inoue, Yasutora Sado, and Uryuu Ishida, who have their own unique abilities. As Ichigo and his comrades adjust to their new responsibilities and support each other on and off the battlefield, the young Soul Reaper will soon discover that the Hollows are just the least of his problems.