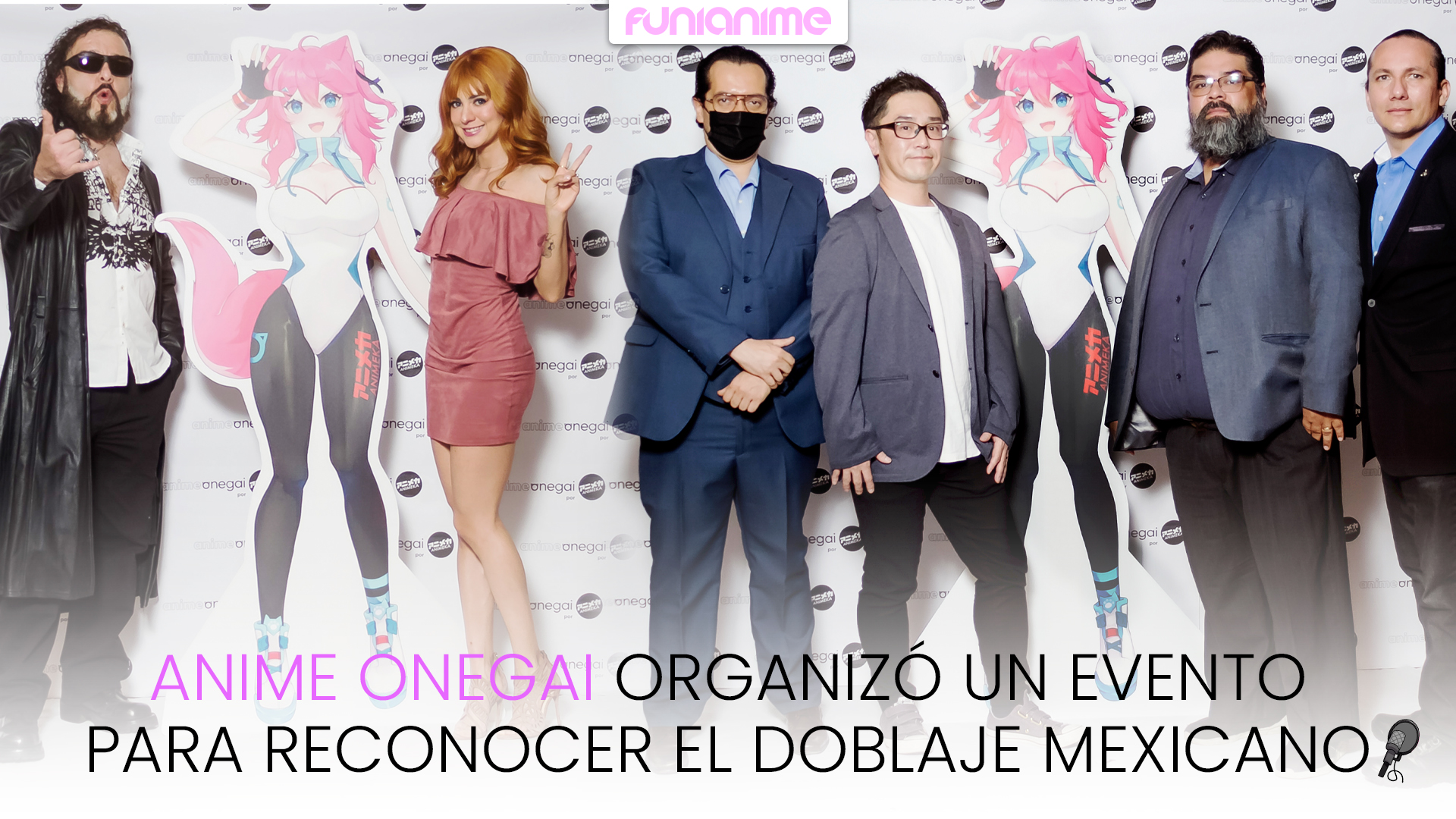 In collaboration with the Japanese company ANIMEKA LLP, Anime Onegai gave a well-deserved thanks to the voice actors who have lent their voices and talents to Japanese animation.

On April 9, the event called KANSHASAI 2022which brought together part of the great family Anime Onegai, which is made up of more than 300 actors, including legendary dubbing stars. The constant applause and cheers among the attendees were the constant during the two hours of the event, the emotions and signs of affection multiplied every time a talent received the well-deserved recognition from her.

For the first time, Mexican dubbing actors were recognized for being responsible for Japanese productions reaching many more users. Unfortunately, this fact is generally not recognized, much less celebrated. Anime Onegai thanked the talents who have participated in upcoming series, as well as in each of the series already released, on the platform animeonegai.comwhich have been positioned in the first places in some Latin American rankings, specialized in geek culture.

This emotional event was attended by:

Among other great media personalities that were awarded this recognition.

Those attending KANSHASAI 2022, had the opportunity to take photos with the pet of Anime Onegai, Nyami G., while the awards were handed out by the Mr.Takefumi Yamashita, CEO of ANIMEKA in a Japanese-style ceremony, showing reverence to everyone present.

One of the objectives highlighted during KANSHASAI 2022, was to exalt Latin American dubbing so that they are as recognized as their Japanese equivalents. It was also mentioned that the motto of ANIMEKA can be translated as “grow together”, so in this way the actors are expected to grow even more together with the platform, hoping that this will be the first event of many more.

KANSHASAI 2022, concluded with the invitation to the official launch of the platform the next day April 18 at 6:00 p.m..