After its recent arrival in Japanese cinemas, Crunchyroll finally posted the much-anticipated trailer for Dragon Ball Super: SUPER HERO dubbed into Latin Spanish. This advance was anticipated after Crunchyroll USA published, through the service’s social networks, the same trailer but dubbed into English, so it was a matter of time before Latin American territories such as Brazil received a preview of the film dubbed into their respective languages. Speaking specifically of the trailer, we are confirmed that the voices of the new characters would be:

And yes, the greatest expectation that there was about this project was about the new voice of the character of Son Gohan, after the death of Luis Alfonso Mendoza RIP On this occasion the successor ended up being neither more nor less than the Mexican actor Luis Manuel Avila.

The joy is greater since we have the entire classic cast of the series returned in this film.

Then we leave you with the trailer in question. 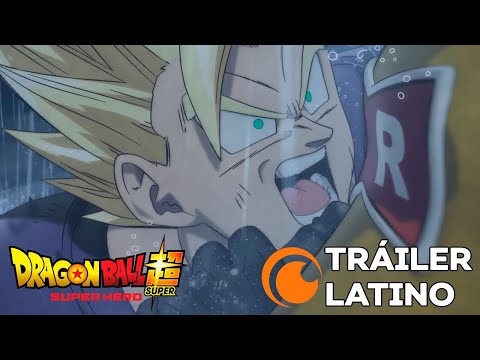 The film, which has the commitment and intervention of the writer and illustrator of the original Dragon Ball manga, Akira Toriyamawho had a giant role behind the film’s original story, script and character design, while Tetsuro Kodama was the general director.

The Dragon Ball phenomenon began in 1984 when Akira Toriyama’s well-known Japanese manga was launched in Shueisha’s “Weekly Shonen Jump” – becoming one of the most successful titles during its ten and a half years of publication. Since then, the manga’s popularity has continued to grow with an astounding record of 260 million copies sold worldwide and counting. With Dragon Ball’s popularity always on the rise, it has expanded beyond manga to include animated television series, movies, games, and merchandise. Thirty-eight years after the release of the original manga, Dragon Ball continues to evolve and will reach new heights starting with this long-awaited movie.

Son Goku destroyed the Red Patrol at the time. Now, certain individuals have decided to carry on his legacy and have created the ultimate androids: Gamma 1 and Gamma 2. These two androids call themselves “superheroes” and decide to attack Piccolo and Gohan. What is the goal of the new Red Patrol? Faced with imminent danger, it’s time for the Super Hero to wake up!