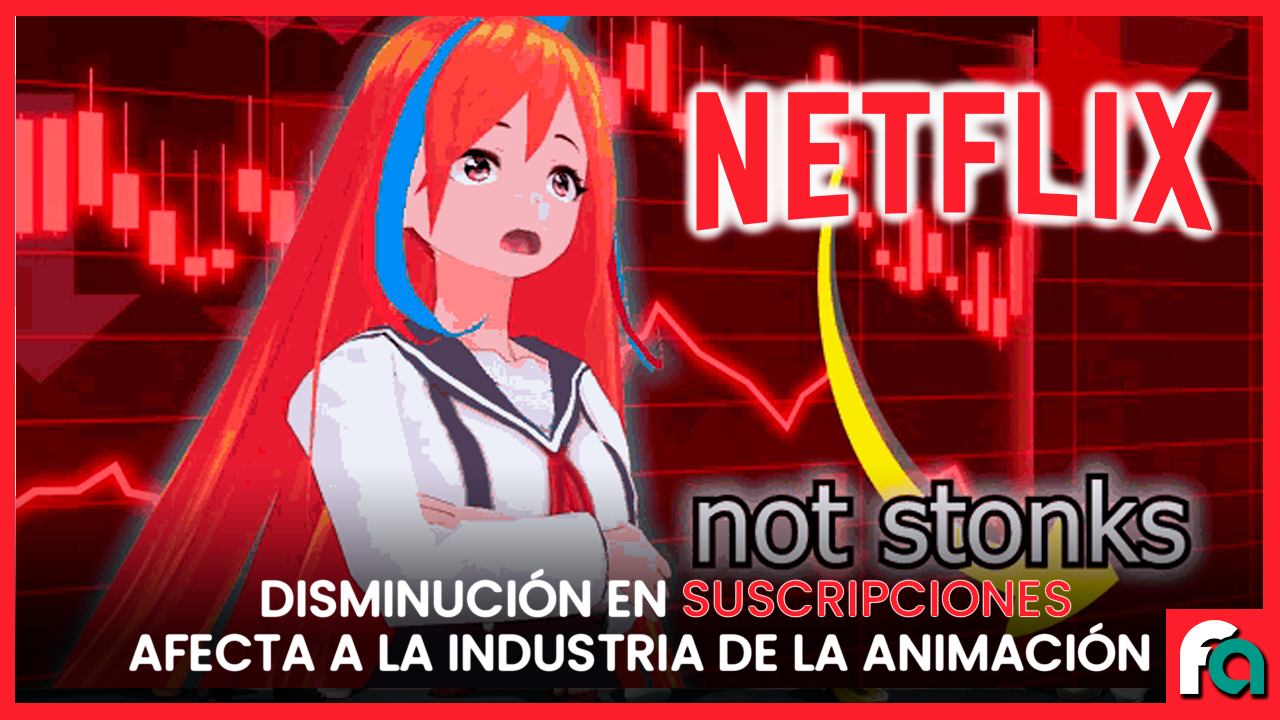 Bad news! After the scandalous decrease in subscribers of Netflix that was published a few days ago, the world-renowned platform for streaming has suffered economic losses and as a result of this, Netflix would have planned to cut his animation projects.

And it is that, precisely after the enormous losses, the animation efforts of the platform have been slowing down, this has been reflected in the dismissal of executives and the cancellation of several programs that were expected by different sectors of users.

That said, according to TheWrapamong this list of dismissals is the Director of Creative Leadership and Development of Original Animation of Netflix, phil ryndawho has been fired along with several of his employees.

Parallel to this, several high-profile animation series have been cancelled, among them we find the long-awaited adaptation of Bonethe acclaimed comic Jeff Smith.

So, about recent events, they commented: “Netflix reports that subscriptions are down 200,000 in total from last quarter, though that total has its context. It technically lost a whopping 700,000 subscribers due to its service being suspended in Russia over the country’s attack on neighboring Ukraine. But Netflix gained 500,000 subscribers elsewhere during the period, thus losing 200,000.”

All this has meant a great blow, both for the platform and for the users, particularly in the case of Bonesince it is an unconventional comic, which, as already mentioned, was a production that was already expected by a certain sector of the community.

Likewise, the animated adaptations of:

However, in the case of The Tweetsthe project is said to go ahead as a feature film.

And as if that weren’t enough, these cancellations come at a time when rumors are circulating of a change of management in Netflix Animation.

Originally Rynda, had told the creators the following: «We want to be the home of everyone’s favorite series».

However, his words would later change to: «We want to do what our audience wants to see», this hand in hand Reed Hastingsco-CEO of Netflix.

On the other hand, the one that is promoted as the pinnacle of animation in Netflixit is Boss Babythis despite the fact that the animated series is not owned by Netflixbut is licensed by dreamworks.

Returning to the issue of cancellations, or the threat of them, among the creators there are complaints about an alleged use of “manipulated data” in order to justify the lack of financing or the cancellation of the projects, despite critical acclaim. Needless to say, that among them stands out the director of City of Ghosts, elizabeth ito.

And so far everything already looks pretty bad for the well-known platform, and the truth is that this is still far from coming to an end because, to everything already mentioned, another frustration on the part of the creators is added, which has to do with marketing protocols Netflix.

This is due to the mismanagement given to the times for the promotion of projects, especially for smaller animation projects, which depend on the creators to generate publicity for themselves through social networks.

In the same way, as mentioned before, the misfortunes for the platform of the N They continue, then, recently, in the absence of articles from some animation project for children and families, Netflix Animation has remained on the sidelines in its official store.

Even so, the executive producer of Centaur World, Dominic Bisignanosaid “Netflix is ​​proud of its data“.

Finally, bisignano states that this approachraises a lot of questions“. So, after offering the streaming platform more episodes than initially planned, data was presented to it, however, it was not given any context as to what it actually meant. bisignano asked questions, for which there was no answer and this is now in cartoon Network.

Editor’s note: This bodes very badly for the future of Netflix Animation. In conclusion, it’s over gentlemen, we have no escape D:!