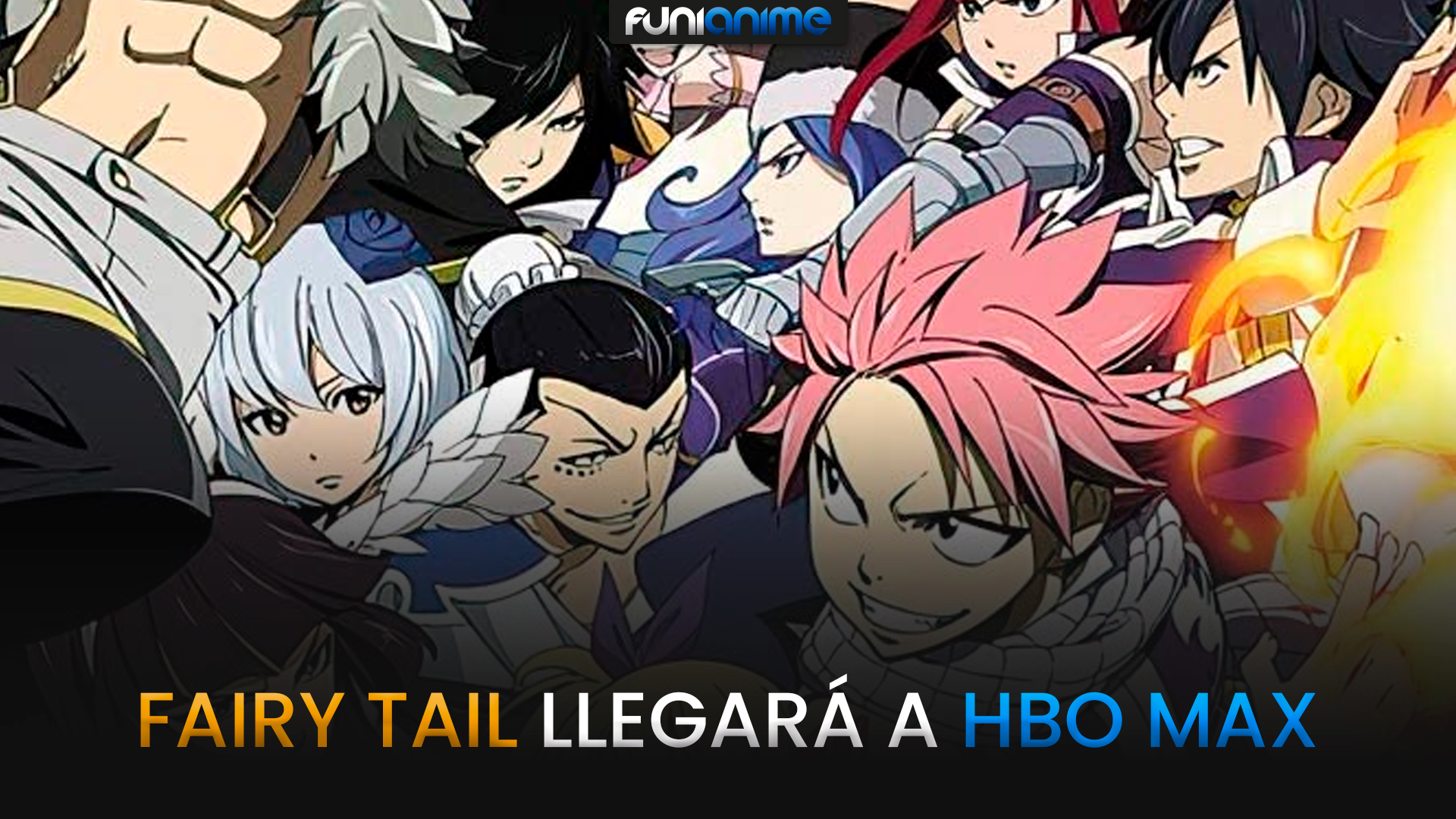 According to a tweet posted by louis duranmanager HBO Max for Latin Americathe anime adaptation of the manga Fairytail will be coming to the platform in the next month of June. At the moment, it is the only thing we know, we will have more details soon.

hello, we have it for June!

hiro mashima is the author of the original work and began with the publication of the manga in August 2006 through the magazine Weekly Shōnen Magazineowned by the publisher Kodansha. The work has a total of 63 published compilation volumes. The anime began its broadcast in 2009 and had a total of 328 episodes.

In the mystical land of Fiore, magic is an essential part of everyday life. The myriad wizarding guilds are the core of all wizarding activity, serving as places for like-minded wizards to come together and accept job applications. Among them, Fairy Tail stands out as a place of strength, spirit, and family. Lucy Heartfilia is a young mage searching for the keys to the heavenly gate, and her dream is to become a full-fledged mage by joining this famous guild.

In his search, he meets Natsu Dragneel and his partner Happy, who are looking for Natsu’s adoptive father, the dragon Igneel. Being tricked by a man, Lucy falls for a kidnapping attempt, only to be saved by Natsu. To her surprise, he reveals that she is a member of Fairy Tail and invites her to join them. There, she Lucy meets the strange members of the guild, such as the ice mage Gray Fullbuster and the magical swordswoman Erza Scarlet. Together, as a family, they fight the forces of evil, help those in need, and make new friends, all while enjoying the never-ending adventure that is Fairy Tail.