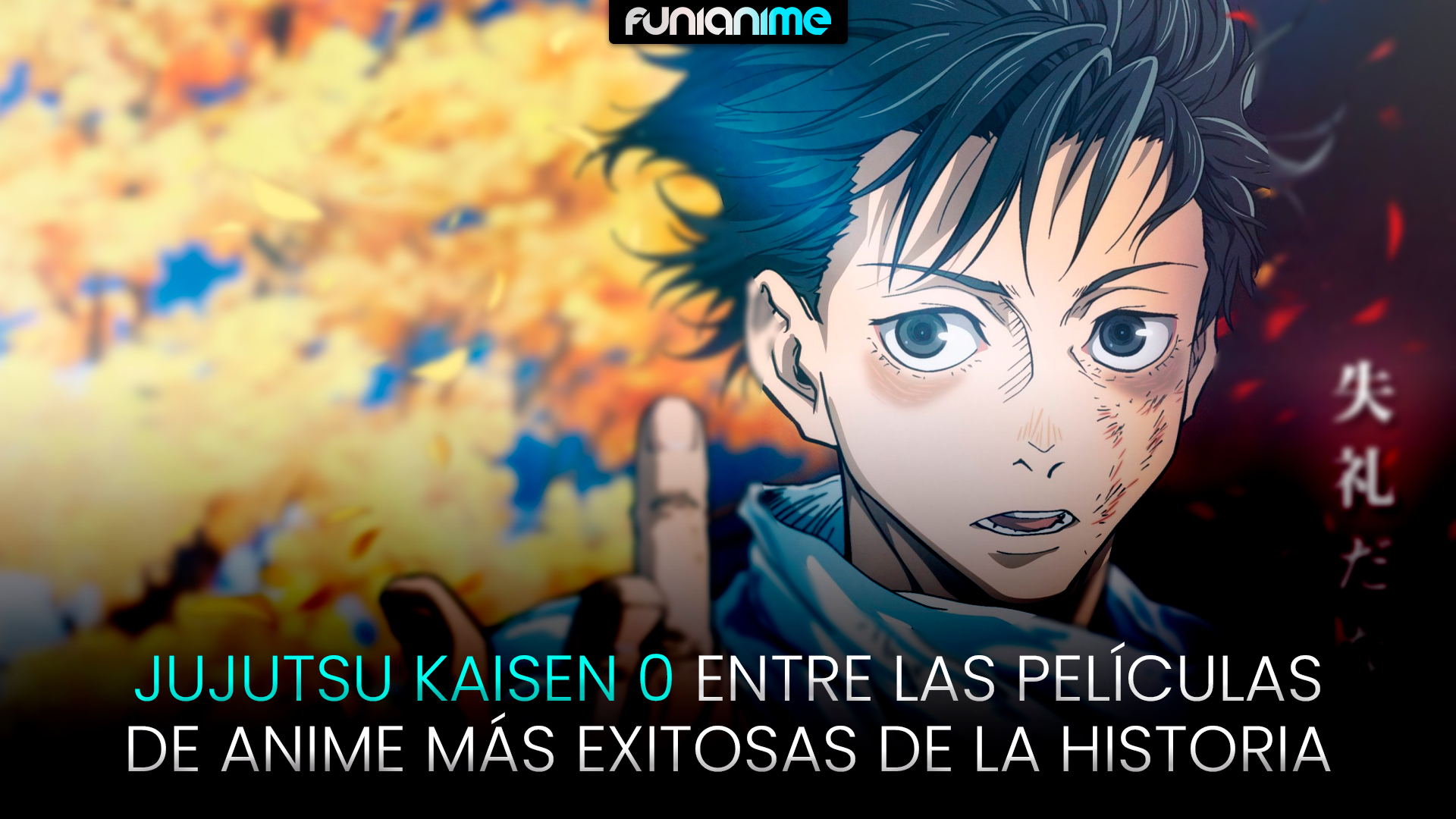 Jujutsu Kaisen 0 among the most successful anime films in history

Jujutsu Kaisen 0 among the most successful anime films in history

Don’t let the good news stop! The movie Jujutsu Kaisen 0 has closed its most recent weekend with a cumulative gross of 13.54 billion yen (over 104 million US dollars).

In this way, the studio’s feature film MAP has managed to place itself above the total earnings of the film Stand By Me Doraemonwhich has made it the seventh most successful anime film in history globallynot adjusted for inflation.

It should be noted that currently only Demon Slayer – Kimetsu no Yaiba – The Movie: Mugen Trainthree movies Hayao Miyazaki (The journey of spirited away, Howl’s Moving Castle, Ponyo) and two movies makoto shinkai (Your Name, Weathering With You) have won more than Jujutsu Kaisen 0 around the world.

Likewise, it should be noted that said feature film continues as the film with the highest grossing achieved in 2021 in Japan, surpassing what was achieved by Evangelion: 3.0+1.0 Thrice Upon a Time which, at the end of the year, was declared the winner only to later be surpassed by Jujutsu Kaisen 0.

To conclude, it should be remembered that Jujutsu Kaisenalso known as Jujutsu Kaisen: War of Sorcerers in Spain, is a Japanese manga series written and illustrated by Gege Akutami. Shueisha publish their chapters in the magazine Shūkan Shōnen Jump from the March 5, 2018 and has collected and published them in nineteen tankōbon volumes at the end of 2022.

Yuuta Okkotsu is cursed. Ever since his childhood friend Rika died in a traffic accident, his ghost has stayed with him. But his spirit doesn’t appear as the sweet girl Yuuta once knew. Instead, he manifests as a monstrous and powerful entity that fiercely protects him. Unable to control Rika’s violent behavior, Yuuta is powerless to stop the bloodshed that follows her brutal revenge. As a result, when he is taken prisoner by the “Jujutsu” wizards, the secret guardians of the world, trained to combat forces like Rika, Yuuta wishes to be completely isolated so that no one else can be hurt.

However, his captor, the master sorcerer Satoru Gojou, has other plans for him: he will enter the Jujutsu High School and learn to control Rika to help people. Now, in his first year at this school, Yuuta begins to learn the arts of Jujutsu and fight evil beings. Together with his new companions Maki Zenin, an expert in Jujutsu weapons; Toge Inumaki, a sorcerer who uses his words as weapons; and Panda, a panda bear that seems to walk and talk, Yuuta begins to find his place in the world and, for once, to feel comfortable with his abilities. However, as his training progresses, Yuuta learns that the dangers of the world of Jujutsu go far beyond evil spirits.