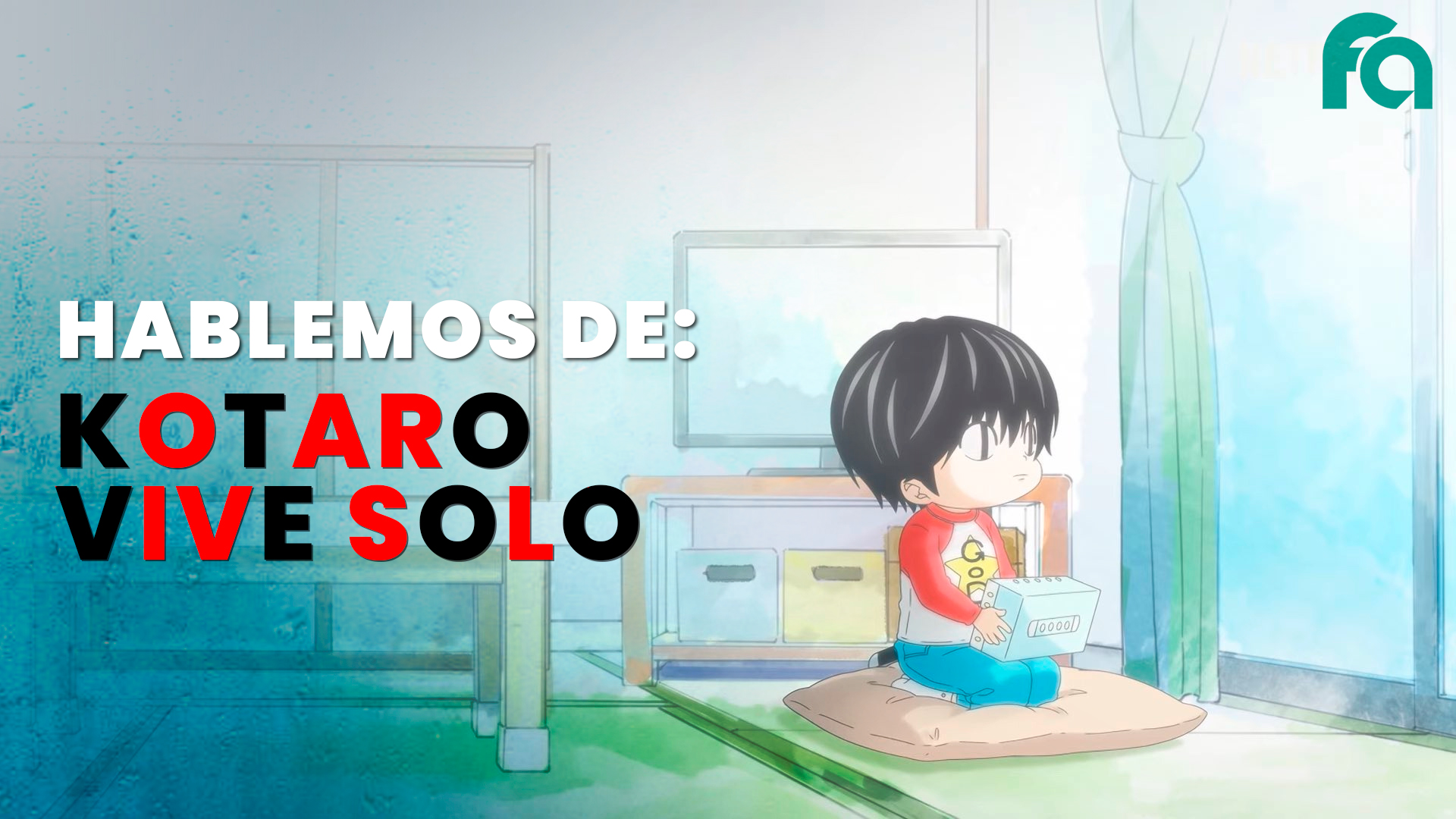 Hello, sooo friends of Funianime! Welcome to your Podcast? Well, this is not a podcast but I really wanted to talk to you about an anime that touched my heart, we talked about the series Kotaro Lives Alone or Kotaro Lives Alone for the gringos.

The series caught my attention from the first moment, since the premise is simple and very attractive. The series begins with a little boy named kataro who knocks on the door of an apartment and introduces himself as “the new neighbor next door”, the thing here is that Kotaro lives alone, without his parents.

Logically, this draws the neighbor’s attention so he pays more attention. Kotaro is an incredible boy, very intelligent and mature for only 4 years old and it shows a lot in his attitude that there are things in his past that hurt him and were left unresolved, things that he does not express and it is difficult for him to talk about it.

As much as Kotaro is smart, he is still a child and has typical child problems. He quickly wins everyone’s hearts and we see his day to day and how his neighbors become his family.

Kotaro Vive Solo is a see-saw of emotions, the series is focused on that, on hitting you in the heart and causing you sadness, sometimes joy, tenderness or anger. The series gives you a pineapple in the face and shows you how the actions of an adult can condition, and a lot, the actions of a child, without going to clear abuse, although bordering on it. What I like the most is to see how Kotaro uses all his innocence to overcome him. The joke is to see Kotaro doing adult things but with the innocence of a 4-year-old boy, knowing his story, it is impossible not to empathize with him and want to hug him.

I really liked the design of the monkey and the anime as such, he’s a stubborn boy who when you see him makes you want to have a funkopop of him in your collection.

I want to greatly highlight the work of Amanada Hinojosa played Kotaro, her voice is incredible and transmits a lot, thanks to her and the entire Latin dubbing team, the series hits you in the heart whether we see it in Japanese or Latin Spanish. Meet the entire cast here.

To finish, the series is available at Netflixthere are 10 chapters of more or less 25 minutes, take advantage and enjoy people, I’m going to hell.