Let’s talk about: One Piece Film Red – Opinion without Spoilers

Let’s talk about: One Piece Film Red – Opinion without Spoilers

Today, November 3, the Straw Hat gang lands in theaters in Latin America, One Piece Film: Red our lands arrive thanks to the friends of Diamond Films and here we bring you a little opinion, review, review or whatever you want to call it, although the most important thing is that it will not have spoilers.

The feature film introduces us to the character of Uta, a singer much loved by everyone in the place that is going to give her first concert, the idea of ​​our protagonists is to attend her presentation. Luffy reveals to us that the singer is shank’s daughter (this is not a spoiler because it is revealed to us in the trailer), but that the relationship between them is a bit complicated.

I really think that the film leaves the plot in a more secondary plane, unlike others, this is a film that is a little more musical instead of being more focused on the action. Uta is the central axis of the film and has different songs performed by her throughout the film. Of course, the work of Nazuka Kaoriseiyuu of Uta, is simply spectacular and it is a delight to listen to her and see her in the musical moments, since these moments are accompanied by a huge and very colorful quality of animation.

All this does not mean that “the shonen” is present, although as I told you, on a more secondary level. The action scenes have the brand of humor of the house, although the end was a bit long for me, there are some parts of the final fight with the villain on duty that are clearly left over.

One thing that needs to be clarified is that it is not necessary to keep up with the anime or manga to enjoy it, but there are certain details that only crazy fans who follow the anime week after week will notice, but if not This is your case, nothing happens. To finish, I want to emphasize that the film has to be enjoyed yes or yes in theaters, because I repeat, the very musical moments are spectacular in every way, so I feel that in streaming it would be lost a little more.

The movie became the ninth most successful movie in the history of Japanese cinema, so I highly recommend it to One Piece fans. We want to thank Diamond Films for giving us the opportunity to enjoy the film to be able to bring you this opinion, we had a great time at the show and here we leave you the trailer of the film and some photos we took in the place. 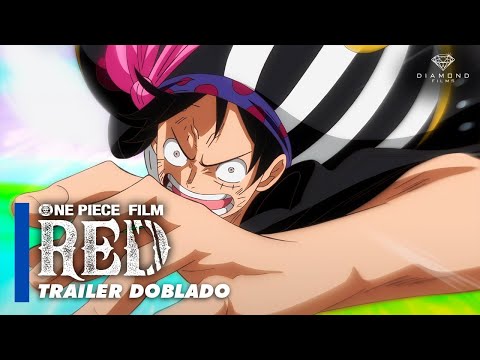