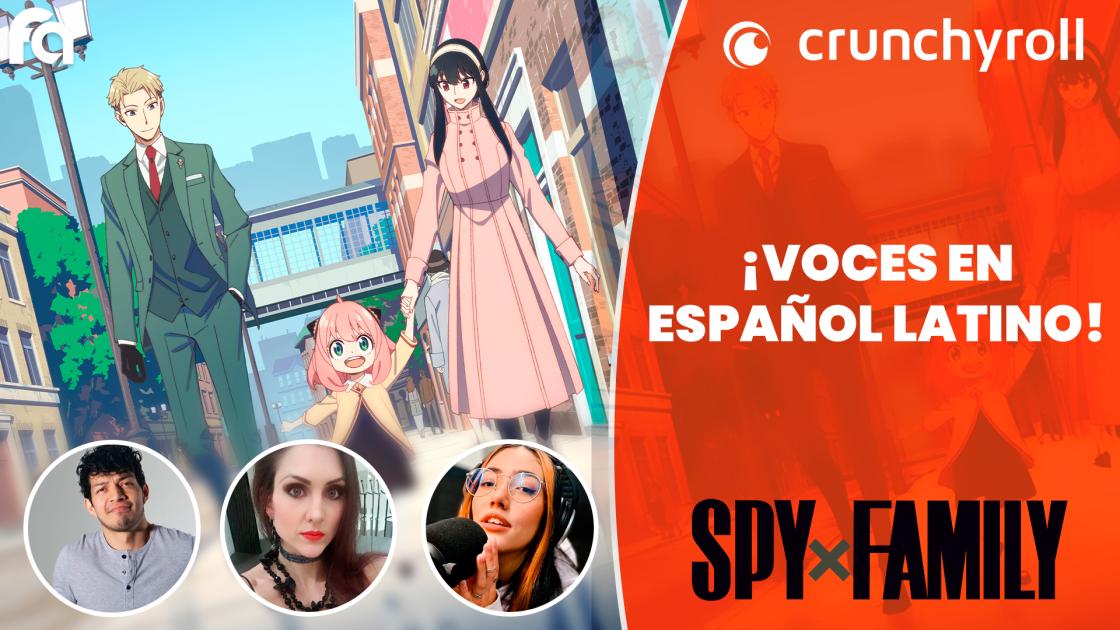 SPY x Family It has been one of the titles that has most excited the anime community after the recent announcement of the new simultaneous dubbing for the spring season. Hence Crunchyroll has taken the opportunity to reveal through a press release the anticipated choice of voices for the leading trio of SPY x FAMILY (Supai Famirī). Likewise, he took the opportunity to announce the premiere date of the dubbing of the first chapter of this title within the catalog of the orange platform, which is scheduled for the day April 24.

At the moment it has not been revealed who was selected to be in charge of the acting direction of this new simultaneous dubbing, nor with certainty the dubbing studio where this anticipated title is dubbing. About the voices selected for our 3 protagonists would be dealing with the following talents:

SPY x FAMILY is a manga written and illustrated by the mangaka Tatsuya Endo. Its publication began thanks to the Shonen Jump website, belonging to the Shueisha publishing house in March 2019.

On April 9 this year, the manga SPY x FAMILY would premiere its anime adaptation that will be made up of a total of 25 episodes (divided into 2 parts). Also, animation studios WIT Studio Y CloverWorks are in charge of the production of the series under the direction of Kazuhiro Furuhashi, and it is legally available through the platform Crunchyroll.

Everyone has a part of themselves that they can’t show to others. In an era when nations around the world are locked in a fierce information war behind closed doors, Ostania and Westalis have been at a cold war for decades. The Westalis Intelligence Division (WISE) sends its top spy, “Twilight”, on a top-secret mission to monitor the movements of Donovan Desmond, who heads the Ostanian National Party for Unity, responsible for bombing peace efforts between both countries.