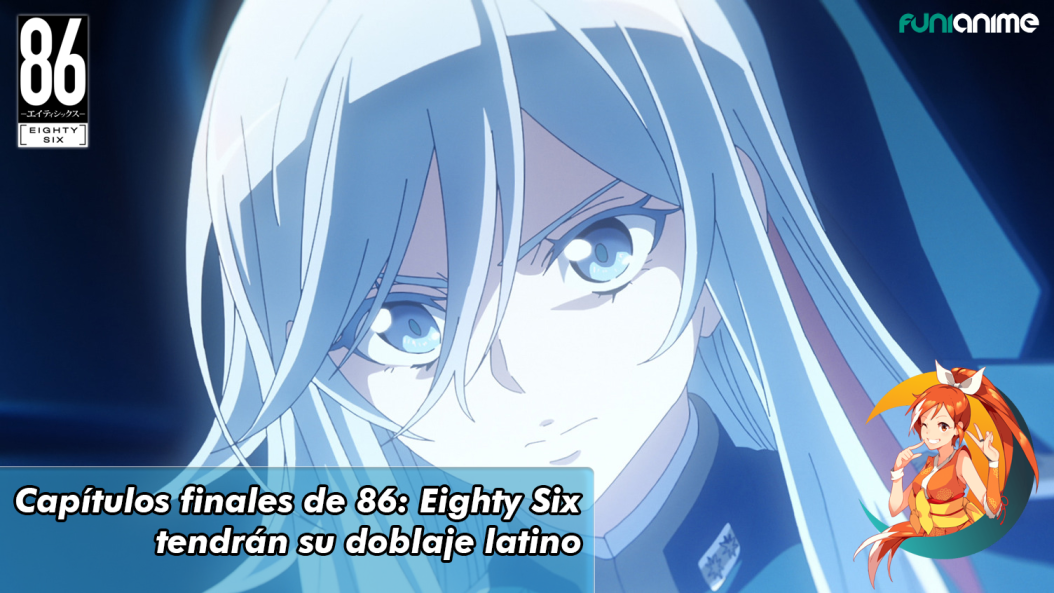 The last 2 episodes of 86: Eighty Six will be available in Latin Spanish

The last 2 episodes of 86: Eighty Six will be available in Latin Spanish

Good news for fans of 86: Eighty Six. Crunchyroll has just confirmed that episodes 22 and 23 of this title will finally be available in our language, as well as in other dubbings such as German, French and Portuguese. These episodes are scheduled to land the service within on May 14 and 21, 2022respectively.

Obviously, continuity will be given to the direction of dialogue by Paola Garciaas well as the cast of voices composed of:

86:Eighty Six started as a series of light novels written by asato asato and illustrated by Shirabiwith mechanical designs I-IV, published by ASCII Media Works since April 2017 under his label Dengeki Bunko. Years later, a manga adaptation with art by Motoki Yoshihara was released and has been serialized in the magazine. Young Gangan from Square Enix since February 2018. A sequel to the manga titled Gakuen 86 with illustrations of Suzume Somemiyaserialized by the magazine Gekkan Comic alive from MediaFactory. In the year 2021, its anime adaptation would be released by the studio A-1 Picturesbecoming known thanks to its distribution by Crunchyroll.

The “Juggernaut” are unmanned combat drones developed by the Republic of Saint Magnolia in response to autonomous drone attacks from the neighboring Giad Empire, the “Legion”. But in reality, the fact that they are not manned is a farce, because the truth is that they are piloted by the 86, those who consider themselves less than human and whom they treat as mere tools.

Determined to fight to the end, Shin, captain of a squad made up of the 86, fights relentlessly on a battlefield where the only thing that awaits him is death.